On January 25, in Kaliningrad, near the Southern Railway Station, a ceremony was held for the transfer of the Interdepartmental Commission Act (Certificate) on the launch of the 71-921 Korsar tram car, intended for 1000 mm wide narrow-gauge tramways, into serial industrial production.

The Governor of the Kaliningrad Region Anton Alikhanov presented the corresponding Certificate to the President of PK Transport Systems Feliks Vinokur during the ceremony. The capital of the westernmost region of Russia has become a testing ground for innovative technology with a rich export potential.

“We have passed a very difficult path in creating the Corsair tram,” comments Feliks Vinokur, President of PK Transport Systems. “First, we developed a unique tram bogie, which allowed us to produce a 100% low-floor body. The main work took place in the midst of the coronavirus pandemic, but this did not prevent us from achieving our goal and presenting this innovative product to the world community. "

It is not enough to make something, it also has to be tested. Feliks Vinokur noted that thanks to the support of the authorities of the Kaliningrad region and their desire to introduce advanced transport solutions, such innovative technologies as tram 71-921 Corsair are getting a start in life.

“Obtaining a certificate for serial industrial production of a new tram model is a landmark event not only for our company, but also for the entire domestic transport engineering industry. After all, Corsair in a number of consumer qualities and performance characteristics is several times superior to many foreign models of trams. This will allow us to enter the European market in the near future and help cities with the appropriate transport infrastructure to upgrade their rolling stock with high-quality and safe equipment with a high level of comfort, "said the President of PK Transport Systems.

The Research Institute of Gorelektrotransport prepared the Interdepartmental Commission Act (Certificate). The receipt of this document means that the Corsair tram has successfully passed all the necessary state inspections and tests during test operation in Kaliningrad.

The "test drive" of the new tram model took less than a month. The first tests on the streets of the city began in January 2021. The geometry, ground clearance, fit into curves, offsets, traction and energy indicators, maximum speed, acceleration and deceleration, acceleration time, braking properties and other technical characteristics were checked. Based on the results of an inspection by representatives of the Research Institute of Gorelektrotransport, model 71-921 Corsair was recognized as suitable for industrial production. Upon completion of the test drive, technical solutions were developed to improve the consumer properties of the tram. The specialists of PK Transport Systems eliminated the minor remarks that arose during the tests.

Corsair is a unique product on the Russian market. Its 100% low floor allows to speed up passenger traffic and makes the car more comfortable and accessible for people with limited mobility. The use of aluminum alloys in the interior design makes the new tram the most fire-safe in its segment, as well as wear-resistant. The passive safety system reduces the risk of injury to passengers and the driver, and also protects the main structures of the car in the event of an emergency collision.

Corsair has a bright stylish design and has become a real decoration of the city streets of Kaliningrad. An improved climate control system, multimedia system, USB sockets, access to Wi-Fi are integrated into the salon. The tram has 29 comfortable seats. The maximum passenger capacity is 177 people. The reserve of the autonomous course is up to 1000 meters.

The driver's cab offers maximum visibility and ergonomics. An external video control system for passenger pick-up and drop-off zones and monitoring of the traffic situation is installed here. In addition, the tram has a low specific power consumption for traction, which will reduce the cost of electricity for the operating organization.

Today, there is one tram route in Kaliningrad, but in the coming years the city authorities plan to revive tram route No. 3 from the South Station to the Central Park. The city last renewed its rolling stock in 2012, in the amount of one tram unit - in total, 12 wagons go to the line of the only route every day. Other machines are between 25 and 40 years old.

Trams for narrow-gauge tracks one meter wide with a 100% low floor level, passive safety system and the use of aluminum in the interior in Russia are produced only by PK Transport Systems. In addition to Kaliningrad, this technique is suitable for such Russian cities as Pyatigorsk and Yevpatoria, as well as for European cities with appropriate infrastructure. 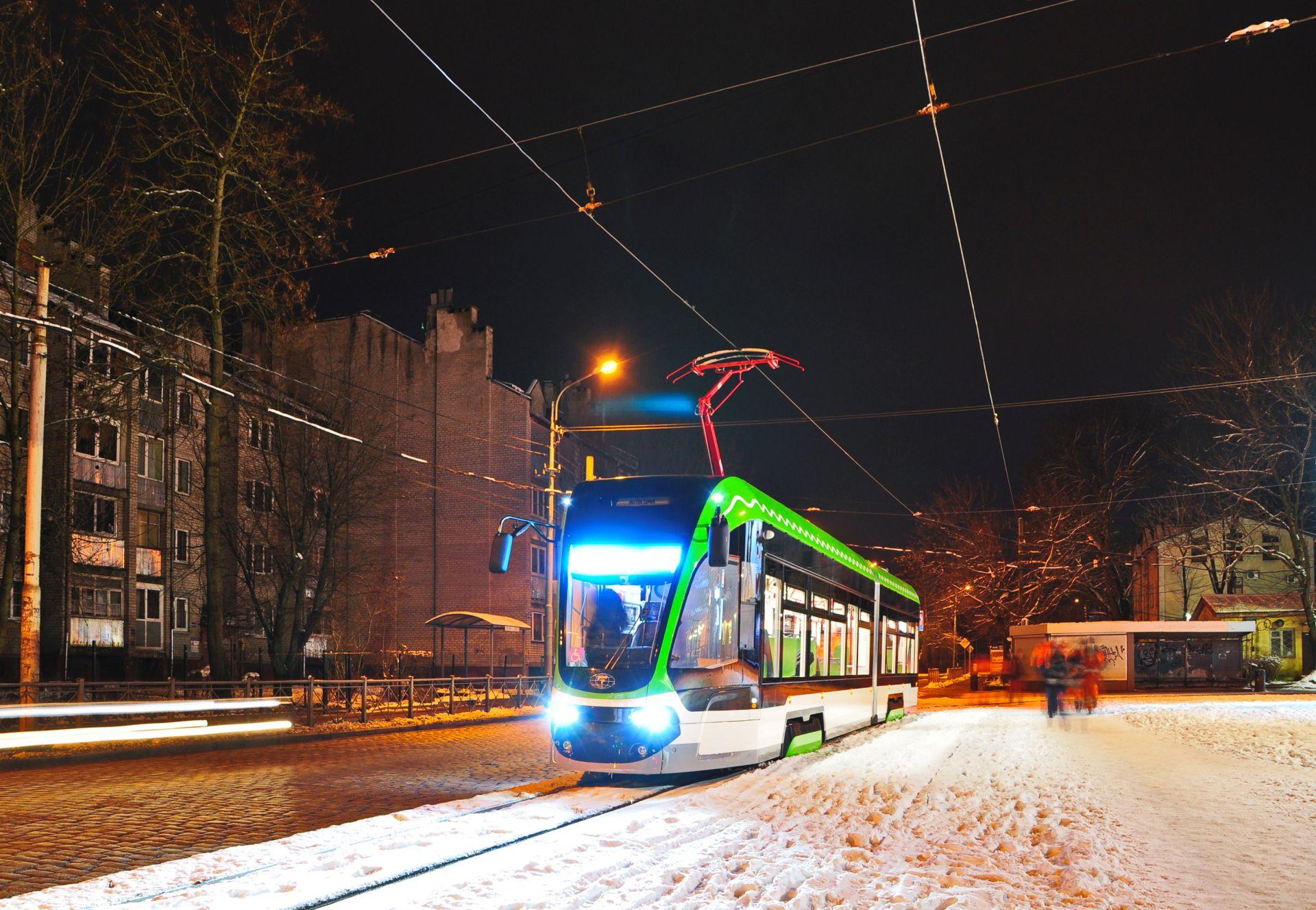 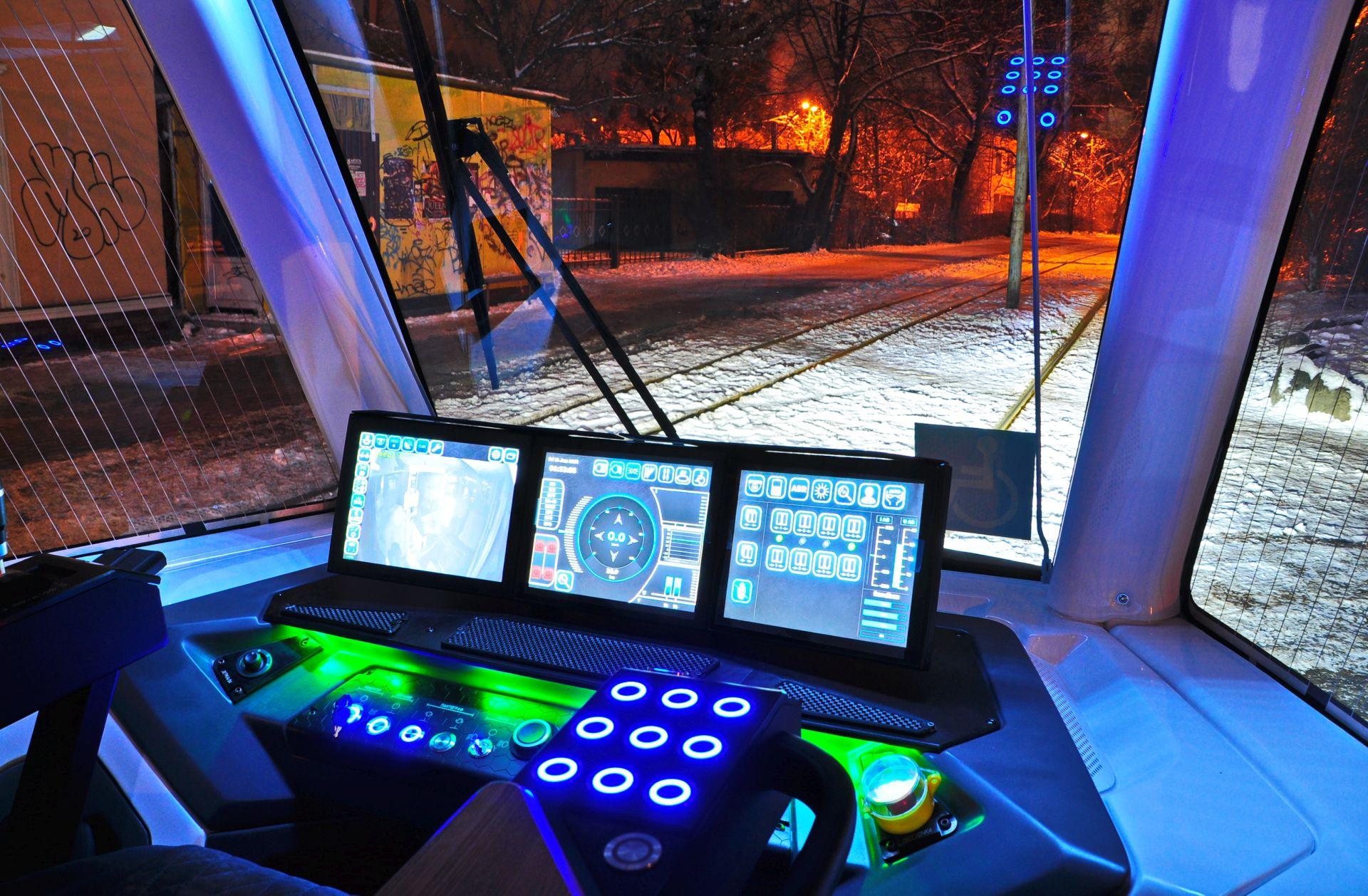 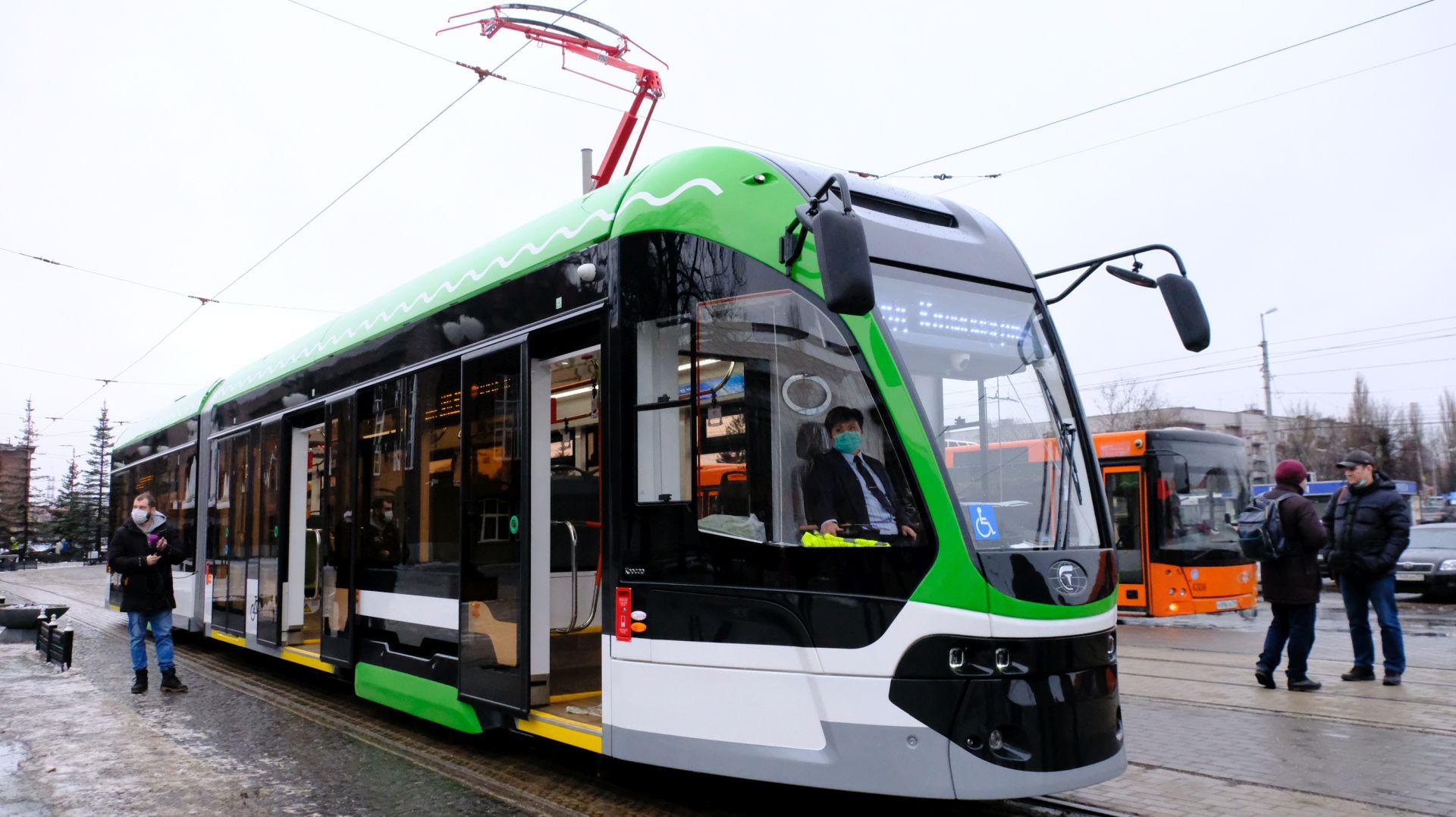 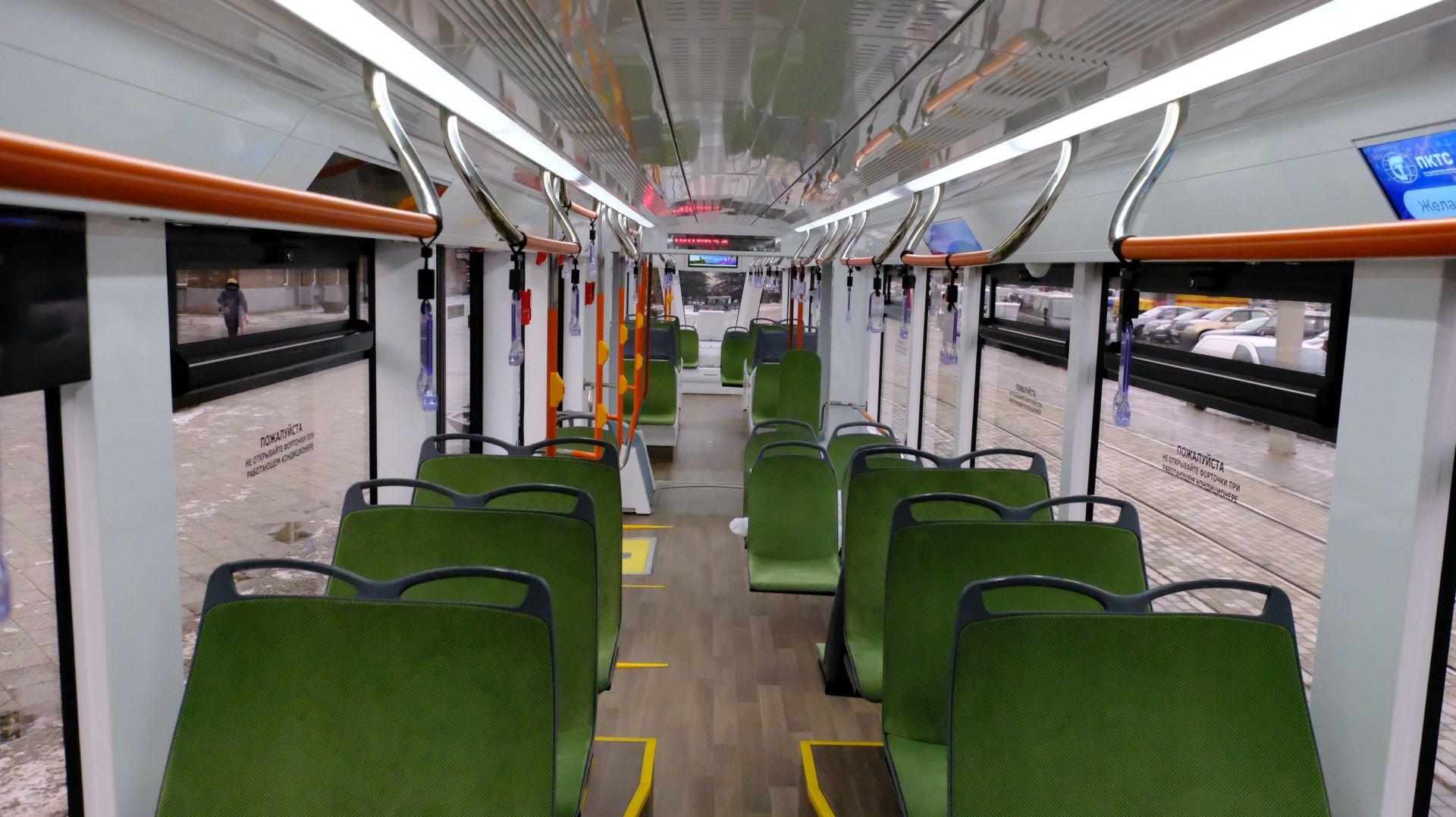 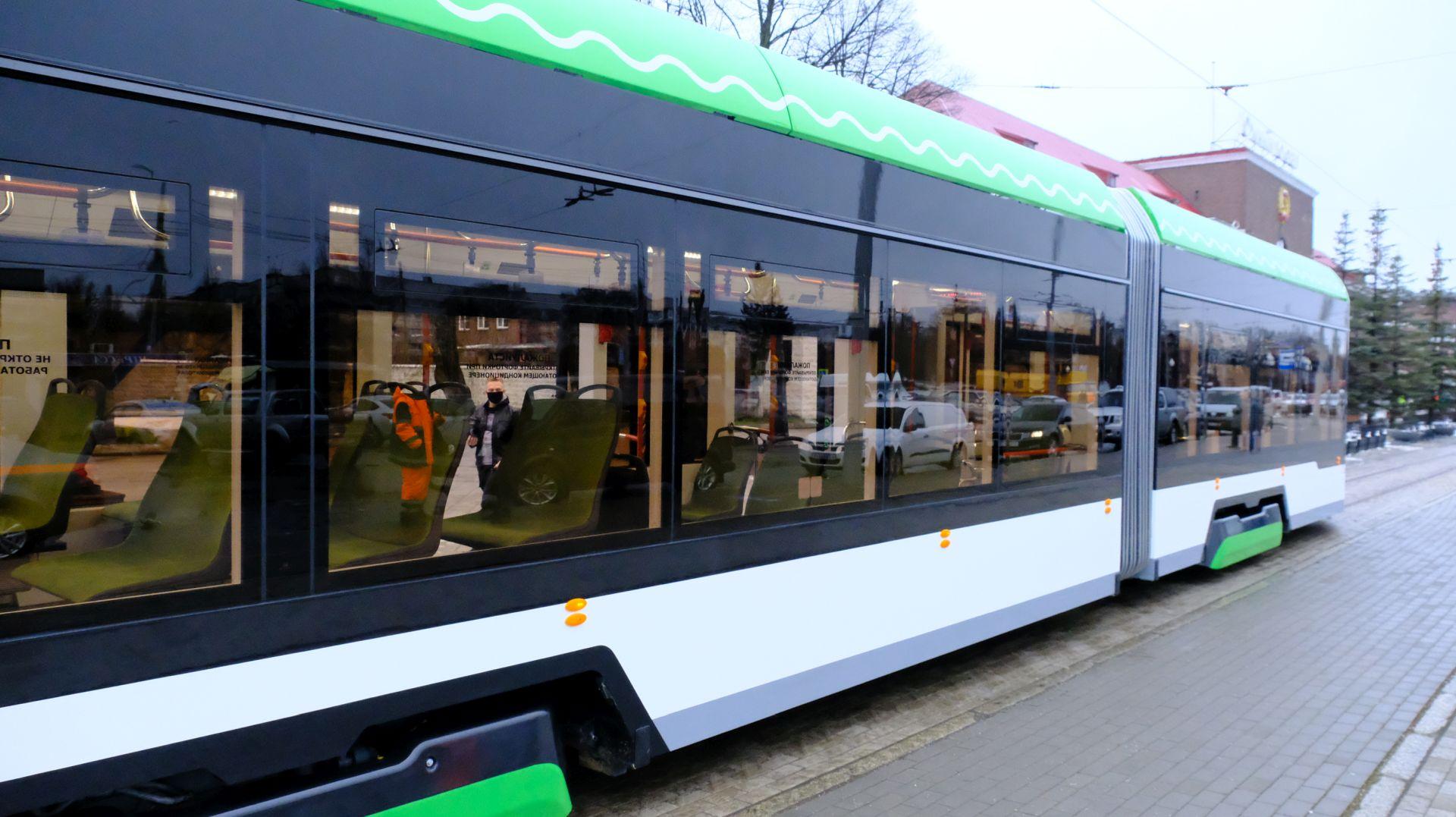 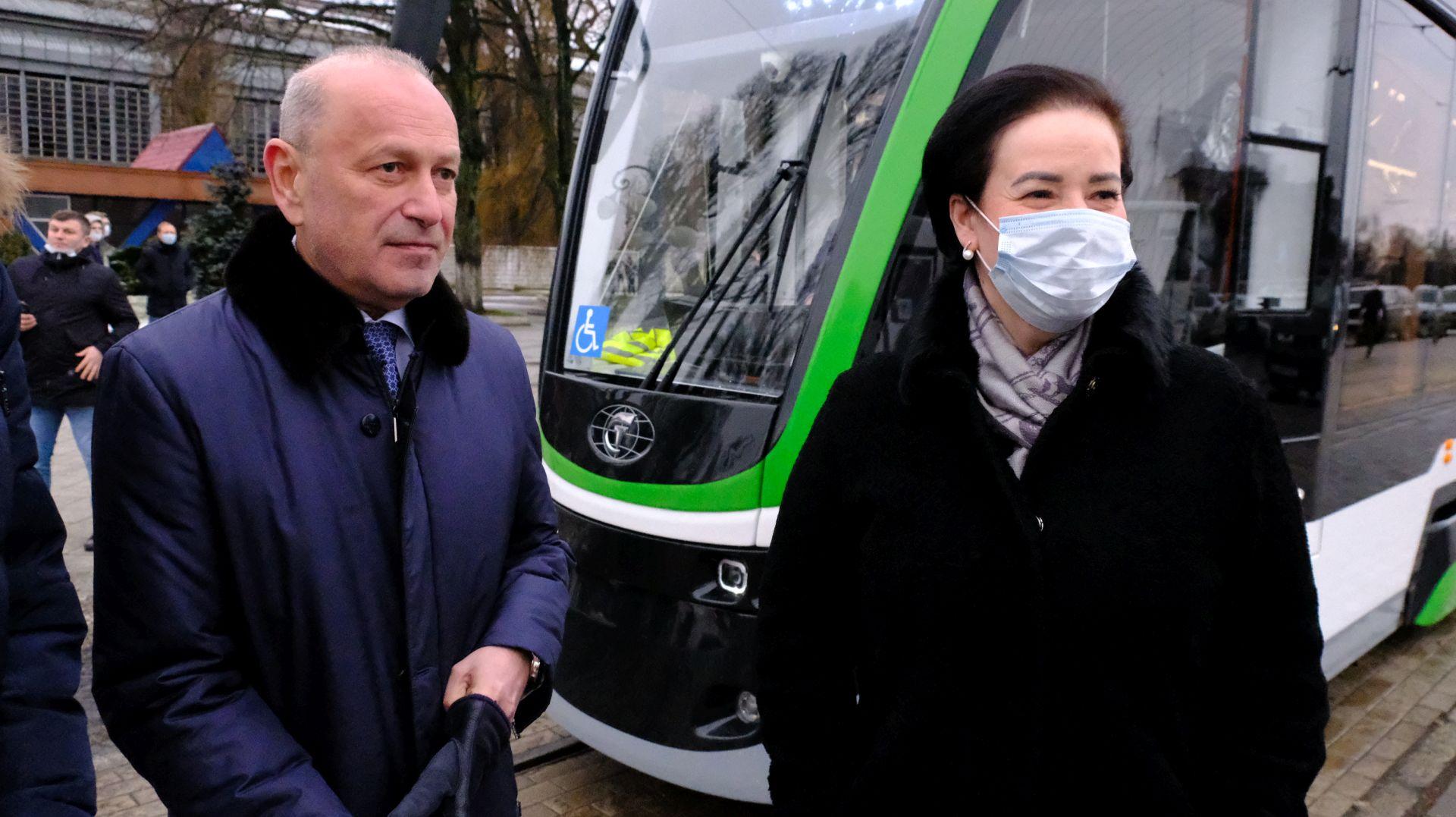