On December 21, Izhevsk hosted a press conference “Results of road activities in 2020. Start of work of new trams”. The event was attended by Chairman of the Government of the Udmurt Republic Yaroslav Semyonov, Regional Minister of Transport Alexei Gorbachev, Head of Izhevsk Oleg Bekmemetiev. Recently, 16 fully low-floor single-section trams 71-911EM Lion produced by PK Transport Systems were delivered to the capital of the region.

Izhevsk has become one of the last cities this year to become a part of the Safe and High-Quality Roads National Project (BKAD). Thanks to this, the capital of Udmurtia was able to obtain new rolling stock for the city's tram fleet. At the same time, the republican budget will pay only 40% of the contract value under the leasing system, and the remaining 60% will be covered by the federal budget.

In 2021, the renewal of the urban electric transport rolling stock will continue. And we are talking not only about trams, but also about trolleybuses. Within the framework of the events, Andrey Yukhnenko, Commercial Director of PK Transport Systems, presented to the leadership of Udmurtia and Izhevsk a modern fully low-floor trolleybus Admiral, which are successfully operated in St. Petersburg, Omsk and Ivanovo.

The trolleybus "Admiral 6281" has no analogues in the domestic market. It is completely low-floor, has three wide doorways, spacious storage areas, modern design, and an ergonomic light interior. It has new multimedia systems, USB ports for charging mobile gadgets and integrated modern climate control systems that work in automatic mode. At the same time, the interior is made of aluminum alloys, which significantly reduces the fire load of the vehicle and makes the "Admiral" the safest trolleybus in Russia.

“Thanks to the well-oiled production process, we quickly completed the contract for the supply of 16 Lionet trams for Izhevsk,” commented Andrey Yukhnenko, Commercial Director of PK Transport Systems. - Izhevsk is a unique city. Tram service was opened here in 1935, and, unlike most cities of the former Soviet Union, not a single tram line was closed in Izhevsk. It is gratifying that today the regional leadership is starting to renew the rolling stock, choosing the most modern Russian tram. In turn, our company is ready to solve the needs of the city in the renewal of the rolling stock of urban electric transport, both the tram fleet and the trolleybus. The safety and comfort of passengers and drivers is above all for us, and we first of all take this into account in the production of urban electric transport. I am sure that the leadership of the region and the city, as well as the operating organization and the residents of the city themselves will appreciate it."

After the presentation of the Admiral trolleybus, the solemn launch of the single-section trams Lionet took place on the city routes. It should be reminded that in November, the State Transport Leasing Company (GTLK) won the tender for the supply of 16 single-section trams to the IzhGorElectrotrans Municipal Unitary Enterprise, with which PK Transport Systems entered into a contract for the production of rolling stock. According to the terms of the contract, all trams for Izhevsk were to be shipped by December 8, 2020. PK Transport Systems completed the contract in 2.5 weeks. Today, 29 trams Lionet are successfully operated in Ulyanovsk, 15 - in Ulan-Ude, 8 - in Perm. In the fall of 2020, the company won the tender for the supply of 40 Lionets to Moscow. 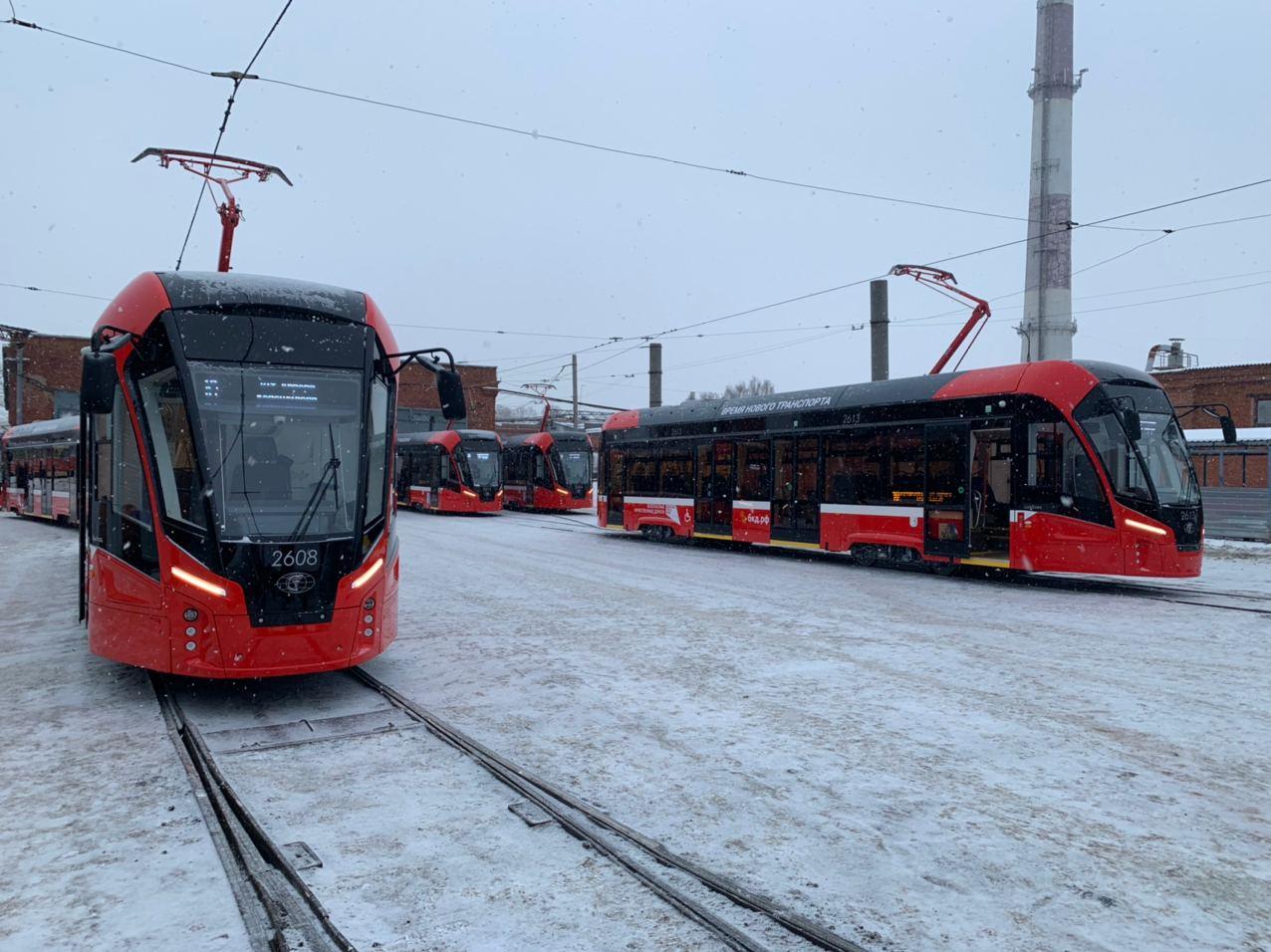