In January, the leading Russian developer and manufacturer of urban electric transport, PK Transport Systems (PK TS), began to fulfill a contract for the production and supply of 114 trams for Moscow. We are talking about 74 three-section trams 71-931M Vityaz-Moscow, well known to Muscovites and guests of the capital city, and 40 single-section trams 71-911EM Lionet, which are already successfully operated in Ulan-Ude, Perm, Ulyanovsk and Izhevsk.

The first to enter the Russian capital will be the three-section 100% low-floor trams Vityaz-Moscow - four new cars have already gone to the State Unitary Enterprise Mosgortrans. At the same time, the rolling stock has undergone a number of improvements and innovations.

In particular, the vehicle received contour illumination along the body, illumination of the logo of the operating organization (Mosgortrans), the increased front panel indicating the route number. The doors are now made of a single glass and are now highlighted in green when opened and red when closed. Special photosensors installed in the doors detect the presence of passengers in the opening, increase the energy efficiency of the car and exclude multiple door opening / closing.

To increase the level of passenger comfort, the power of the air conditioner has been increased, while its noise level has been reduced; heated steel entrance areas - special heat guns prevent cold air from entering the cabin. There are now 70 seats (there were 60), and all of them are of the console type. 65% of the seats are installed in the direction of travel. Due to the installation of a narrow gearbox, the aisles in the cabin have become wider; a bracket for transporting a bicycle has been installed especially for cycling lovers. To improve passenger awareness, LED information screens have become larger and with increased resolution.

For the convenience of people with limited mobility, a zone with a separate intercom for communication with the driver is installed. In addition, for visually impaired passengers, the "talking city" system is integrated. Moreover, an additional folding ramp for strollers is integrated.

As part of improving passenger safety, all Vityaz-Moscow trams delivered from 2021 have face recognition systems. In addition, the fire extinguishing system has been improved: additional protective equipment has been added and fire and smoke detectors have been modernized. Non-combustible and non-combustible insulation materials and wiring are used in the interior furnishings. In addition, a security system is installed in the car, and in the driver's cab there is a pantograph emergency lowering button when it is hooked.

Also, for the convenience of the driver, the information visualization panel in the cockpit has been updated (the diagonal, resolution, visor against flashing, emergency light when the door is first opened) has been increased. Keyless access to the car is provided, the tram car's all-round view system is integrated, the communication system with the dispatcher is improved, the driver assistance system can be connected, and, finally, automatically folding rear-view mirrors are installed.

The operational characteristics of the new tram have also been modernized: now it will become more energy efficient. Integration of the supercapacitor (supercapacitor) system will reduce the cost of consumed electricity for electric traction.

Improvement of trams is made possible by efficiently built feedback from passengers and drivers within the framework of service maintenance of the supplied rolling stock, which will be in operation for 30 years.

“Moscow sets a trend for other Russian cities and capitals of other states in terms of renewing the rolling stock of urban public transport, especially the tram fleet,” comments Feliks Vinokur, President of PK Transport Systems. - We have already delivered 390 three-section Vityaz-Moscow trams to the capital of Russia, which have become the city's hallmark. At the same time, we always adhere to the path of constant improvement of our products and offer the customers only the most modern technology. Under the new contract, the capital will receive modified Vityaz-Moscow trams, in which we have increased the safety and comfort level of passengers. I am sure that all these innovations will be highly appreciated by residents and guests of the city. "

The new rolling stock will arrive in the capital of Russia until June 30, 2022. Today, there are 390 Vityaz-Moscow trams in the Moscow tram fleet. In December 2020, the PK TS completed the delivery of 90 vehicles a month ahead of schedule under an additional agreement. In the fall of 2019, the company fully fulfilled the contract for the supply of 300 71-931M Vityaz-M tram cars in 2 years 6 months and 6 days, which is recorded in the Russian and European Book of Records as the largest number of three-section trams delivered under one contract into one town.

Every day, three-section trams of the new generation carry an average of 250 thousand passengers on 26 city routes in the Central, North-East, East, South-East, South and South-West districts. In November 2020, the Moscow tram network won for the first time in the "Most Dynamically Developing System" nomination at the Global Light Rail Awards, the world's leading industry award.

At the beginning of September 2020, PK Transport Systems produced the 500th tram. The jubilee vehicle was the three-section fully low-floor tram Vityaz-Moscow, produced as part of an order for the capital of Russia. The company has become the only manufacturer to have manufactured such a number of tram cars in the last five years in Russia. Moreover, all 500 trams are completely low-floor (95% of Russian trams of this type were produced by PK TS). It is noteworthy that it was the three-section trams that took the key share in production: 418 cars out of 500 (83.6% of the total volume). Since the start of serial production of its own trams in 2015, PK Transport Systems has occupied more than 60% of the Russian tram market. Trams produced by PK Transport Systems have been delivered to eleven cities: Moscow, St. Petersburg, Krasnodar, Rostov-on-Don, Tver, Perm, Ulan-Ude, Kazan, Ulyanovsk, Izhevsk, Daugavpils (Latvia). 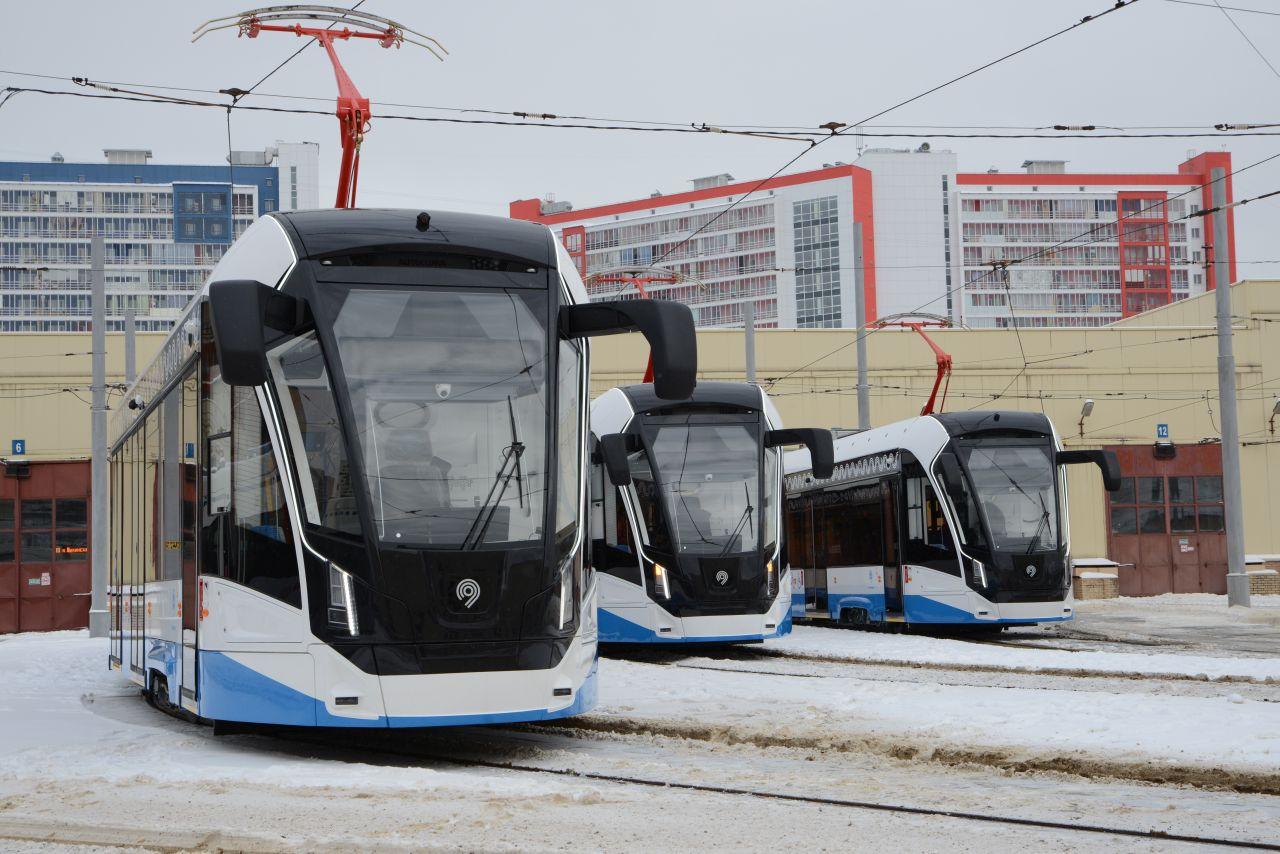 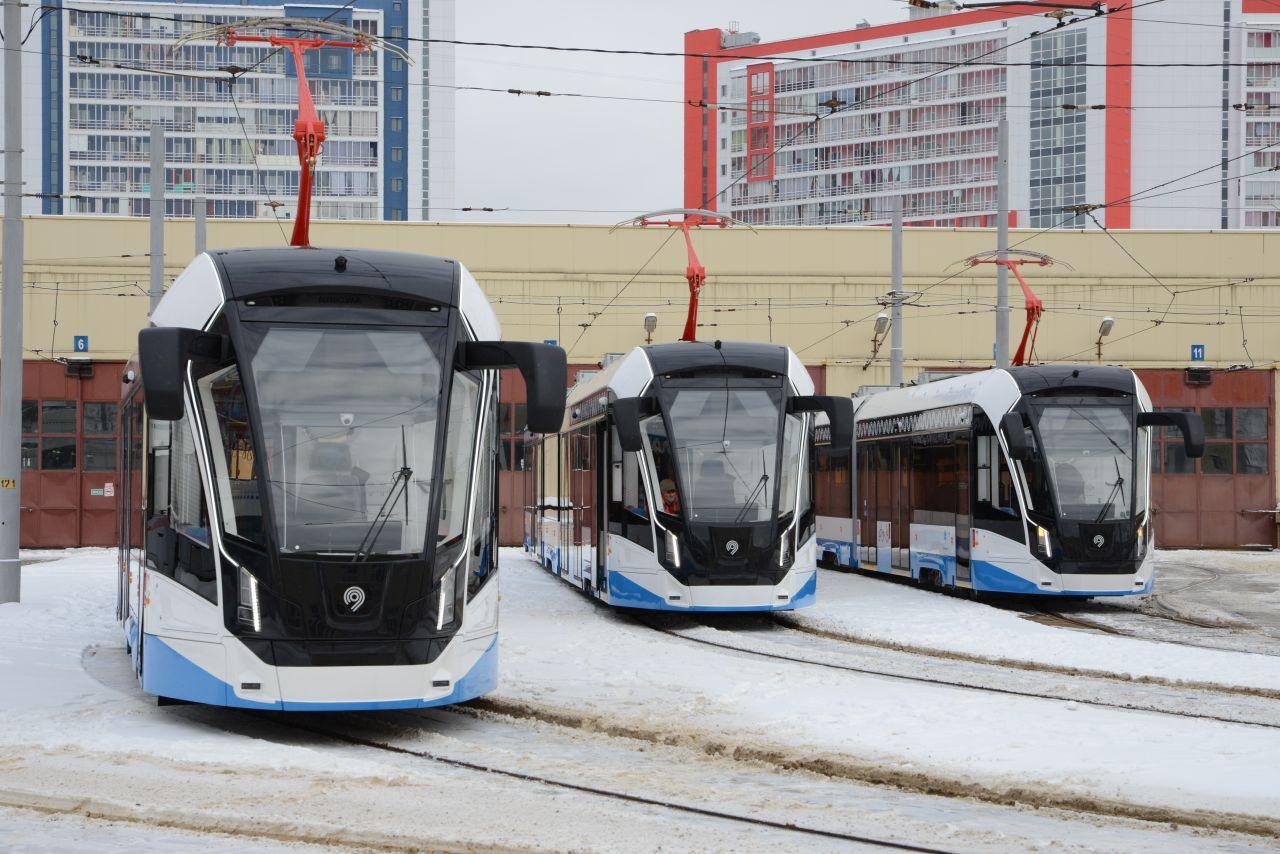 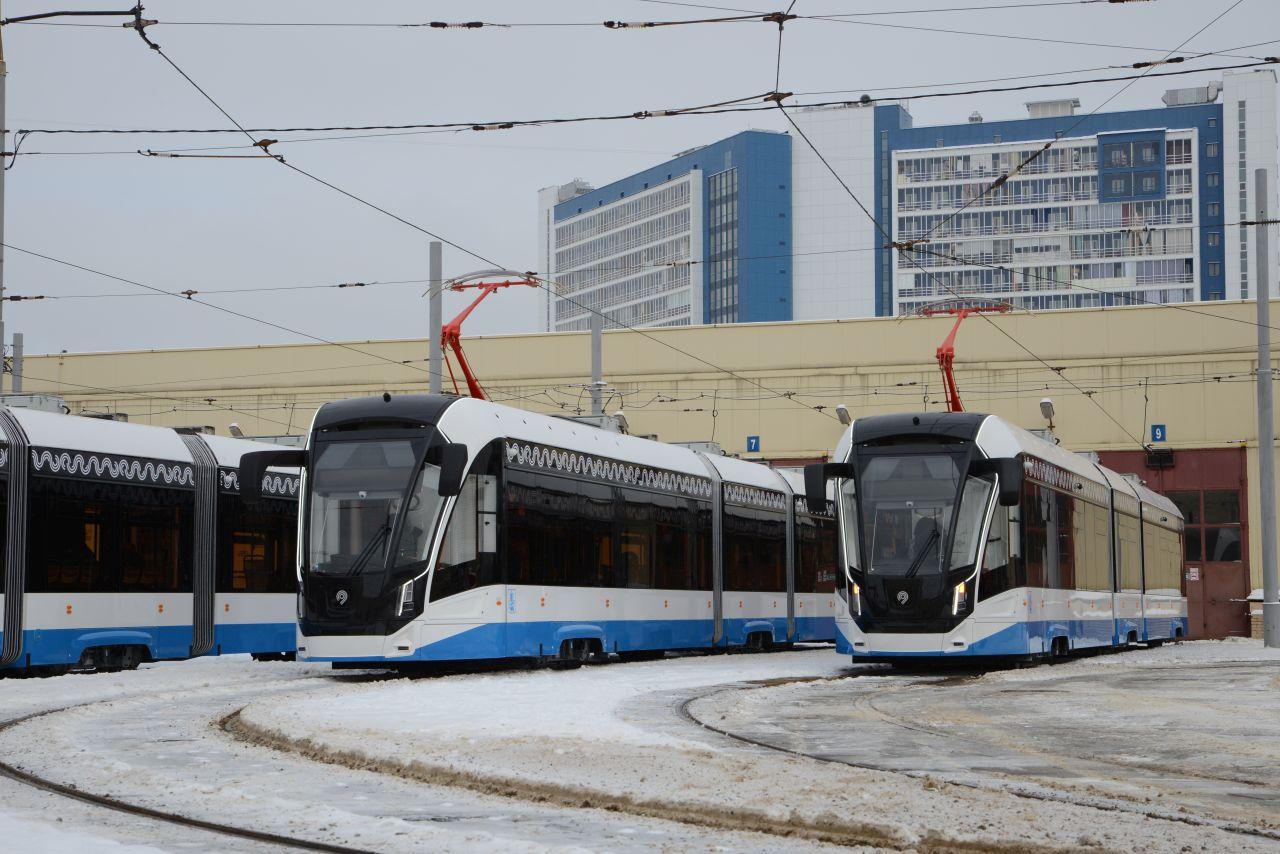