On September 16, 2020, a presentation of the new Bogatyr-M tram manufactured by PK Transport Systems, which arrived in the city the day before to undergo test trials, took place in Chelyabinsk. In the near future, it will appear on routes # 3 and # 16.

Produced at the Nevsky Electric Transport Plant named after F. Pirotsky (part of PK Transport Systems), tram 71-923M Bogatyr M was first presented to the public at the international industrial exhibition INNOPROM-2019. The model received high marks from experts. For the convenience of passengers, the cabin provides modern multimedia systems, USB sockets for charging mobile devices, Wi-Fi access, and an advanced climate control system. The interior is made using aluminum alloys, which significantly reduces the fire load of the tram. For people with disabilities, there is a folding ramp, a place for a wheelchair with a fixation system and a driver warning system. The tram of this model is equipped with an external video control system for boarding and disembarking passengers and monitoring the traffic situation, a system of active and passive assistance to the driver when driving a tram car, and a passenger flow meter. The reserve of the Bogatyr M autonomous course is at least 1.5 kilometers.

“The modern two-section tram Bogatyr M is perfect for routes with average passenger traffic,” comments Sergey Ivanov, Deputy General Director for Product Development at PK Transport Systems. - This is a completely new machine that will be tested in Chelyabinsk. We are glad that the administration of Chelyabinsk agreed to test our tram. One hundred percent low floor and maximum width of doorways will allow faster passenger traffic at stops, which will increase the tram route time. We have implemented all the latest developments in this model, which will help the residents of Chelyabinsk form a new understanding of modern Russian trams. I am sure that during the test operation Chelyabinsk citizens will fall in love with its appearance, and the car itself will become a real decoration of the city. "

Test operation of tram 71-923M "Bogatyr M" will take place within a month. This is the first run-in of the tram presented to the public in 2019 in an urban setting, not counting the factory tests in St. Petersburg. The tram is 80% assembled from domestic components. It is noteworthy that representatives of the Ural region account for the key share among suppliers of components. 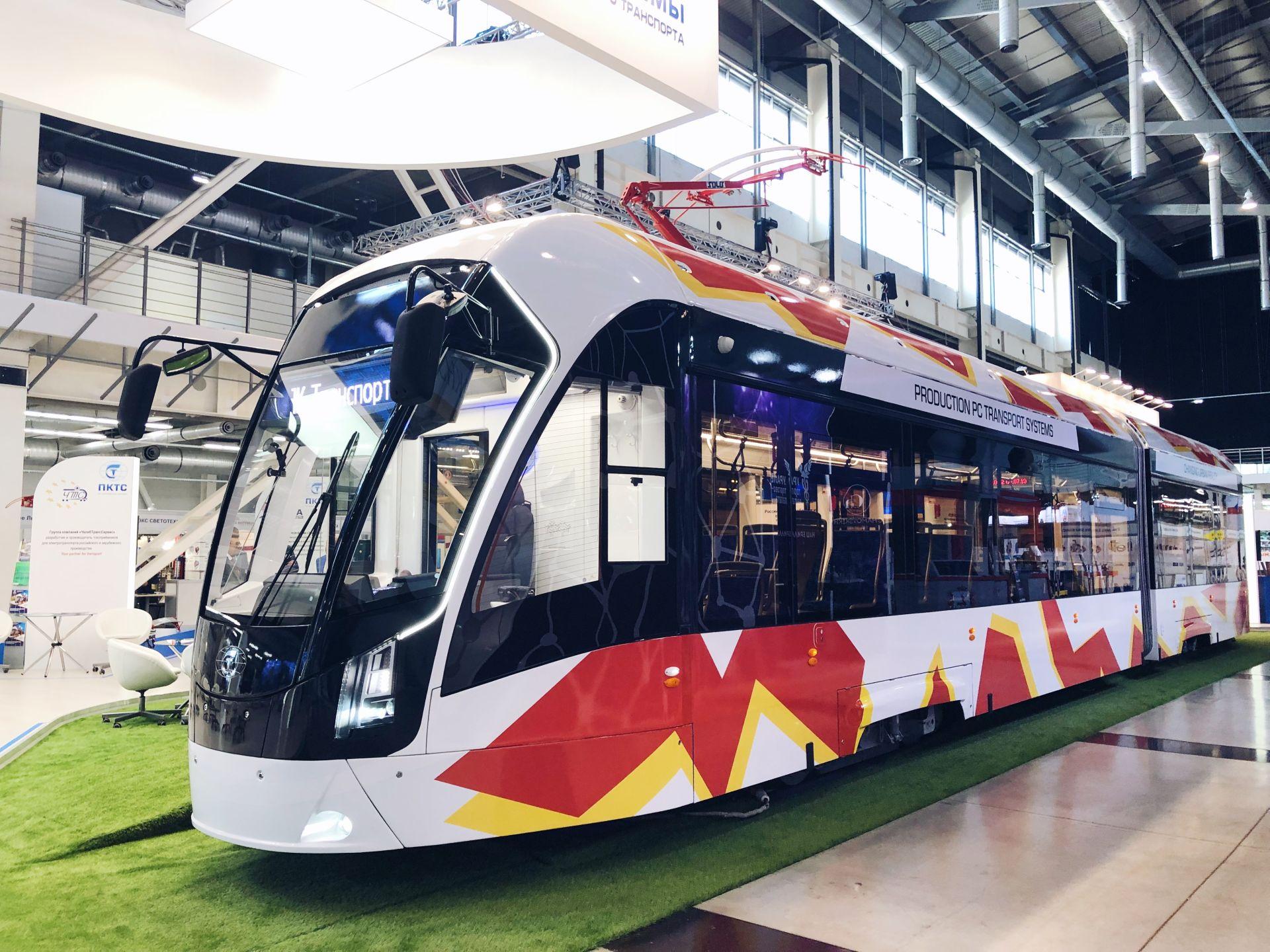