Taking into account the newly arrived cars, 340 Vityaz M trams are currently operating on Moscow routes. In 2016, PC Transport Systems entered into an agreement with GUP Mosgortrans for the supply of 300 Vityaz M 71-931M tram cars over the next three years. During the implementation of the contract in the fall of 2019, an additional agreement was signed on the supply of another 90 units of this model, 40 of which have already been provided to the customer.

“The appearance of Vityaz M trams in Moscow in 2017 changed the face of this type of transport. The purposeful policy of the city authorities to renew the rolling stock of tram depots gave impetus to the development of the domestic tram industry. The Vityaz M trams produced by PC Transport Systems are innovative models that are not inferior to foreign manufacturers. These trams have become a symbol of Moscow and are associated with a high level of comfort among the townspeople, delivering true aesthetic pleasure. We are proud to take part in the renovation of the capital's urban transport and offer the most advanced developments ", - comments the President of PC Transport Systems Feliks Vinokur.

The delivery of trams is carried out under a life cycle contract, according to which PC Transport Systems will carry out maintenance and repair of equipment for 30 years - the entire service life.

Three-section trams 71-931M "Vityaz M" first entered the city's routes in March 2017. When creating them, the specialists of PC Transport Systems applied a unique development - an elastic swivel bogie, which allows to achieve smooth running and a high level of noise insulation in the car. A spacious interior, a large number of comfortable seats, LED lighting lines, modern climate control systems, as well as USB connectors for recharging mobile gadgets and access to Wi-Fi provide a high level of comfort for passengers.

By order of the Moscow Department of Transport, as part of measures to prevent the spread of coronavirus infection, all Vityaz M trams undergo daily processing of 100% of the surfaces with which passengers come in contact: handrails, glass, seats, validators. Salons are disinfected with agents recommended by Rospotrebnadzor. 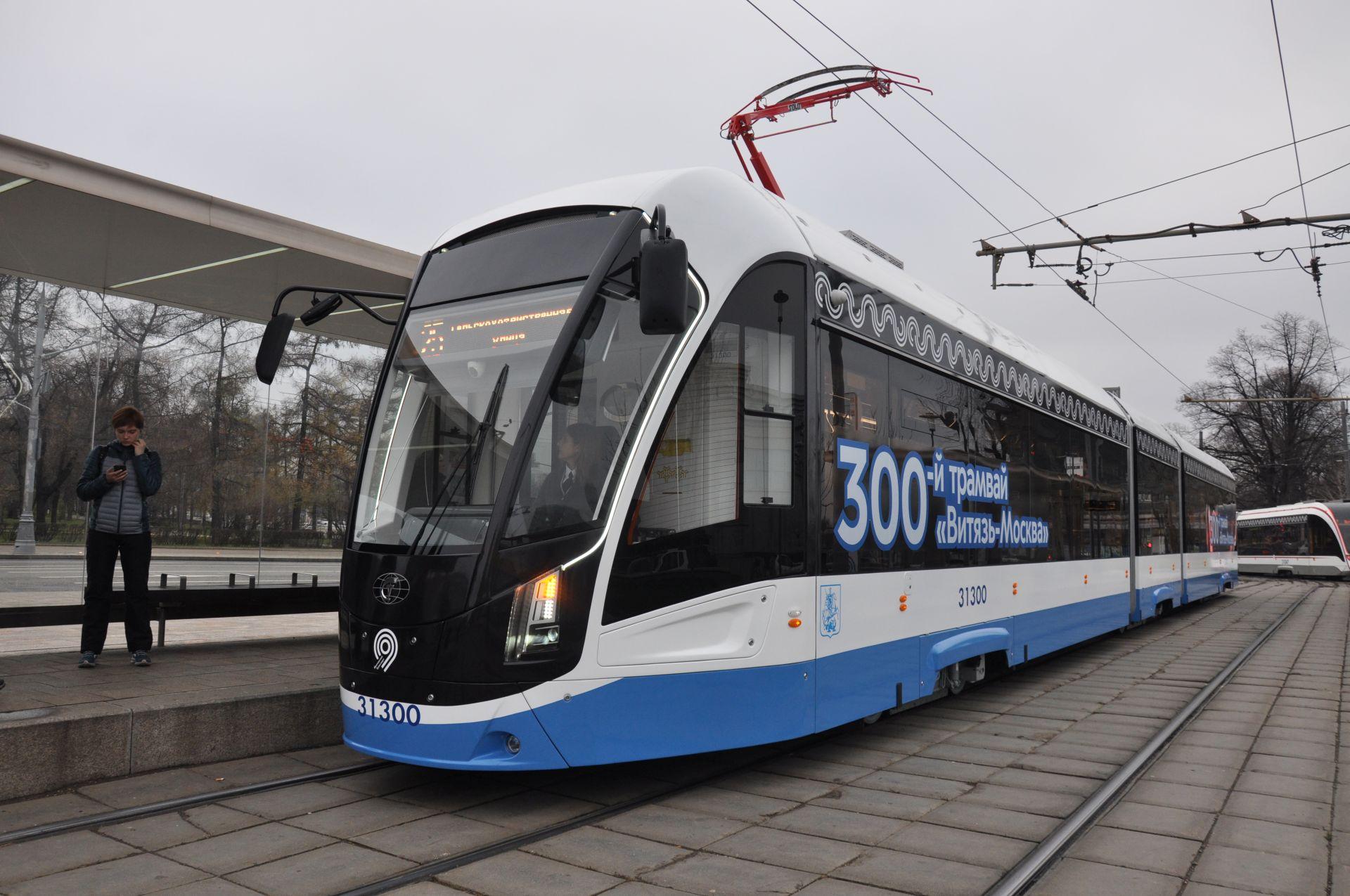