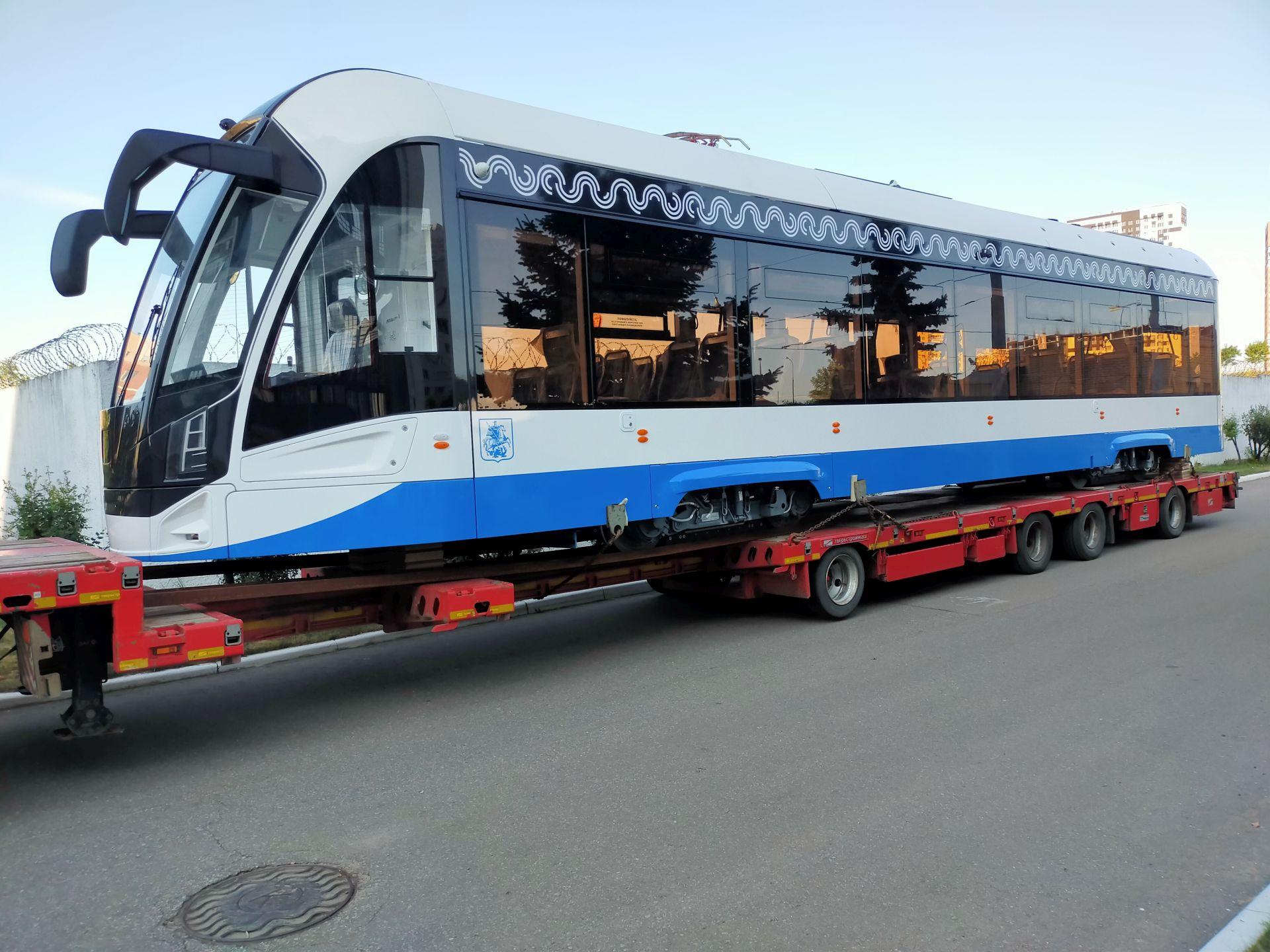 "The rates of the urban public transport rolling stock renewal in Moscow is very high, and we are satisfied with this fact since the quality of transport services is improving," Felix Vinokur, the President of PC Transport Systems, comments. - "The Lvyonok trams were designed to fit harmoniously into the urban landscape and, I am sure, they will soon become a signature of the capital along with the Vityaz-Moscow trams."

Since May of this year, Lvyonok trams took the routes of the Krasnopresnenskaya tram network in addition to Vityaz trams that have already been tested by the Moscow dwellers. Featuring all the advantages of more spacious peers, they differ solely in passenger capacity – 155 passengers and 40 seats. Therefore, the tram is designed for less busy routes or for operation after or before rush hours. Today, the trams of this model run in the North and North-West districts of the capital and have already been highly rated by passengers.

Lvyonok trams became the first single-section trams to arrive in Moscow in the recent eight years. The exterior design was developed specifically for the capital of Russia – to create a uniform image of the Moscow trams.  The exterior of Lvyonok tram is very similar to that of Vityaz-Moscow tram - it also has contour illumination of the car, the same as in the three-section trams delivered in 2021.  The front mask is supplied with LED light elements in the form of a single integral assembly of the front headlights (headlamp assembly).

Plate glass doors are illuminated in green when being opened and in red when being closed. Special photo sensors installed in the doors identify the presence of passengers in the doorway, increase the energy efficiency of the car and eliminate the necessity in excessive repeated opening/closing operations of the doors.

The interior of Lvyonok tram is ergonomic and spacious. It accommodates 40 nos. comfortable console-type seats, USB connectors for charging mobile devices, the most advanced media complexes with the option to broadcast high-definition images. For the convenience of passengers with limited mobility, a folding ramp for wheelchairs and a driver call button are integrated from the outside. The "talking city" system is integrated for visually impaired passengers.  A journey is made comfortable and pleasant at any time of the year due to the advanced quiet and powerful climate control systems.

And the tram's exterior is manufactured with the use of aluminum alloys that increase wear resistance and reduce the fire load of the interior. Lvyonok tram has  the interactive control system, external video monitoring system to monitor passengers loading and unloading areas and the traffic, active and passive driver-assistance systems.

"All 40 nos. new single-section trams manufactured by PC Transport Systems have already been delivered to the Krasnopresnenskoe depot. The last ordered car arrived yesterday. These are the new generation trams. They are adapted for passengers with limited mobility and are generally very good: they have the climate control system, USB and TYPE-C connectors for charging gadgets and multimedia screens. We have received 40 nos. new cars ahead of schedule and are putting them into operation on the routes almost 3 months ahead of the scheduled deadline. These are comfortable and modern vehicles to replace the obsolete trams in the North and North-West districts of Moscow. The new cars are designed completely in low-floor option and are convenient for all passengers to enter and exit. In total, this year we expect to receive more than 100 nos. trams," Maxim Liksutov, the Deputy Mayor of Moscow, the Head of the Department of Transport and Development of Road Transport Infrastructure, commented.

Let us remind you that in September 2020, PC Transport Systems was recognized a successful bidder of the tender for production and supply of 114 nos. trams for Moscow. These are about 74 nos. three-section Vityaz-Moscow trams and 40 nos. single-section Lvyonok trams.

399 nos. Vityaz-Moscow trams are currently operated by Moscow tram depot. In autumn 2019, the company fully performed its obligations under the contract for supply of 300 nos. 71-931M Vityaz-M tram cars in 2 years, 6 months and 6 days, and this fact is recorded in the Book of Records of Russia and Europe as the largest number of three-section trams delivered under a single contract to a single city. In December 2020, the PC TS completed the delivery of 90 nos. vehicles under the additional agreement a month earlier before the deadline.