The other day in Moscow, new low-floor trams "Vityaz M" first entered routes No. A (the legendary historical route "Annushka"), No. 39 in the city center, No. 47 and No. 49 in the Nagatino area, and also again went along route No. Chertanovo.

“Four years have passed since the appearance of the first Vityaz M tram. And today we can proudly say that this particular tram has changed the appearance of both Russian capitals, ”comments Feliks Vinokur, President of PC Transport Systems LLC. - During this time, "Vityaz M" has undergone several changes - its appearance, interior has changed, various systems have been improved, but the main thing that unites them all is high quality and safety standards. It is nice that residents of the two capitals have the opportunity to enjoy comfortable rides on our modern low-floor trams and get aesthetic pleasure from this. "

The first Vityaz-M trams appeared in Moscow and St. Petersburg in 2017. For 4 years the tram has changed both its appearance and interior. The "Vityaz M" has new light elements in the form of a single design of headlights (block headlights). The seats have become wider and more comfortable, the Stop buttons have been illuminated, the door posts have also become aluminum, USB sockets have appeared on the handrails, media complexes for broadcasting route information have been integrated, GLONASS / GPS location sensors, modern video surveillance systems, as well as access to Wi- Fi. At the same time, the interior of the tram in the very first model was made of aluminum alloys, which makes it not only aesthetic, durable and fireproof. As part of the modernization of the cabin, a console system for attaching the seat frames was introduced, their contrasting highlighting using LED lighting was integrated, additional information panels appeared in the hatches, and the design of stoves was changed. The air conditioning system has undergone major changes: it has become quieter, more autonomous and conducive to less interaction with the external environment. In order to avoid the penetration of extraneous noise from the street, the sound insulation system was seriously modernized: the solution included improved air ducts, increased tightness of door closing, additional sealing of joints.

As a reminder, in 2016 PC Transport Systems entered into an agreement for the supply of 300 three-section fully low-floor tram cars 71-931M Vityaz-M over the next three years. In the fall of 2019, PC Transport Systems fully fulfilled the contract for the supply of 300 trams, having received awards from the Russian Book of Records and the European Book of Records for the largest number of three-section trams delivered under one contract to one city (for two years, six months and six days). In addition, the company received an award for the fastest production speed of three-section trams under the contract - one Vityaz-M car in 5 days within the framework of the production of 21 trams in two months for St. Petersburg.

In the fall of 2019, PC Transport Systems received an additional order for the supply of another 90 Vityaz-M trams for Moscow, 68 of which have already been delivered to the customer. 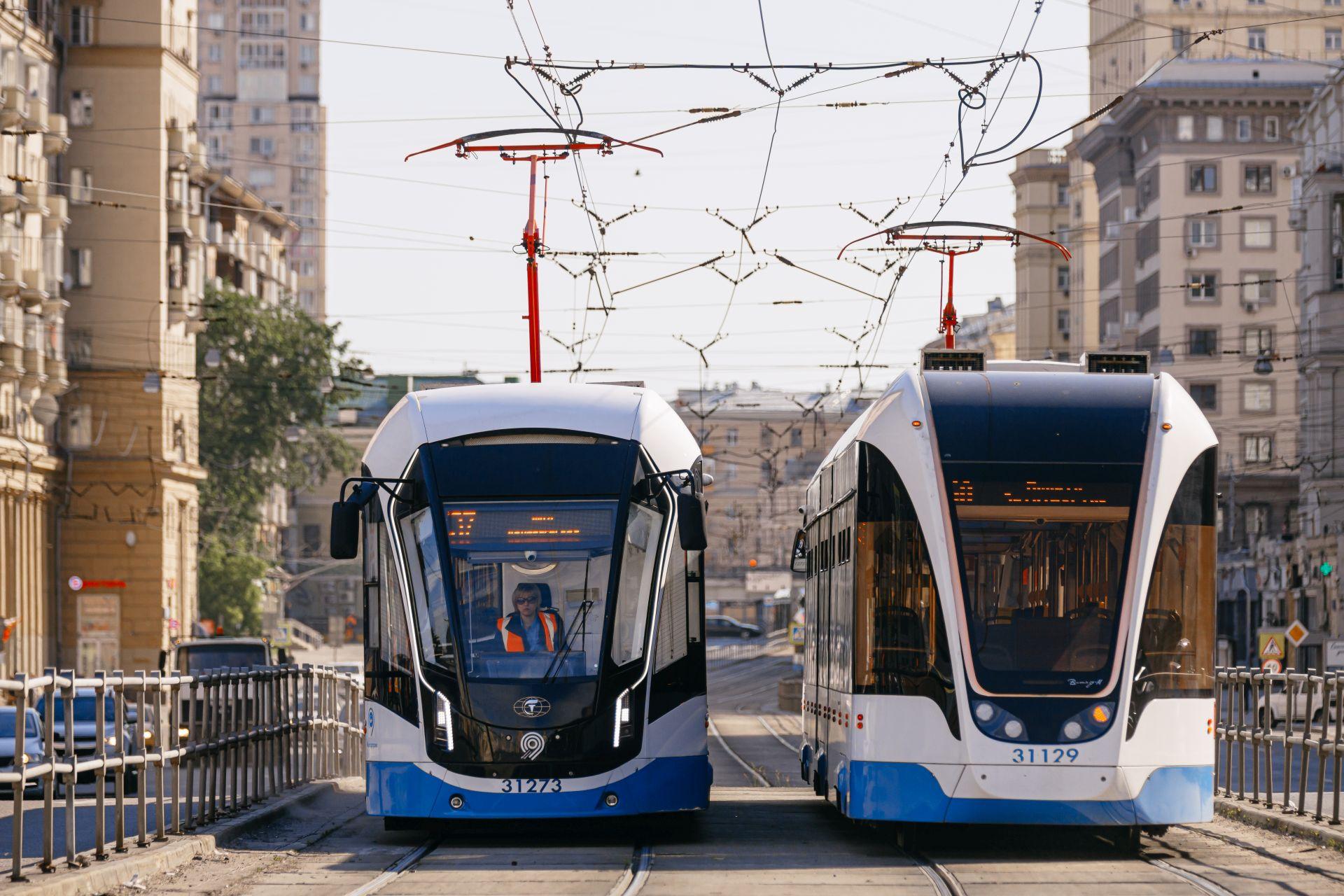