The Russian developer and manufacturer of urban electric transport, PC Transport Systems (PC TS), has produced the 500th tram. The company has become the only one who has created such a number of tram cars over the past six and a half years in Russia. Moreover, all 500 trams are completely low-floor. Compared with other Russian manufacturers, the PC TS accounts for 95% of all 100% of low-floor trams manufactured in Russia. The absence of steps at the entrance to the cabin allows to reduce the time of boarding and disembarking passengers - this is convenient for the elderly, people with limited mobility, parents with children and cyclists.

The jubilee 500th vehicle was the three-section fully low-floor tram Vityaz-Moscow, produced as part of an order for Moscow. In the near future it will replenish the capital's tram fleet and become the 375th unit of this model in the city.

“This is a very significant event for us - the release of the 500th tram, and it is pleasant that the anniversary model is the Vityaz-Moscow, which has already won the hearts of residents and guests of the capital,” comments Feliks Vinokur, President of PC Transport Systems. “500 wagons in 6.5 years is a significant achievement. We were able to establish efficient production and are accustomed to working in a tight time frame, which allowed us to produce the first 300 Vityaz-Moscow trams for the capital in two years and six months. This achievement was included in the Russian and European Book of Records. We are not satisfied with our laurels and continue to work on improving our product line. Soon we will present the first tram in Russia with a body made of aluminum, as well as the first completely low-floor tram "Korsar", designed for narrow-gauge tracks with a width of one meter. "

Since the start of production of its own trams in 2014, PC Transport Systems has occupied almost half of the Russian tram market. During the same period, other manufacturers of this type of vehicles delivered 523 units of equipment to Russian cities, 157 of which (30%) were three-section. In PC Transport Systems, it was three-section trams that took the key share in production: 418 cars out of 500 (83.6% of the total). The trams manufactured by PC Transport Systems are now represented in 10 cities: in addition to the capital Moscow and St. Petersburg - Krasnodar, Rostov-on-Don, Tver, Perm, Ulan-Ude, Kazan, Ulyanovsk, Daugavpils (Latvia).

The first tram of its own production by PC Transport Systems was a single-section, fully low-floor model 71-911 “City Star”. Then a three-section tram 71-931 "Vityaz" appeared, which was later modified into 71-931M "Vityaz-M". Today the product line of PC Transport Systems trams includes 8 models ranging from 17 to 35 meters.

As a reminder, in 2016, PC Transport Systems entered into an agreement for the supply of 300 three-section fully low-floor tram cars 71-931M Vityaz M over the next three years. In the fall of 2019, the company fully fulfilled the contract and received an additional order for the supply of another 90 Vityaz M trams for Moscow, 74 of which have already been delivered to the customer. 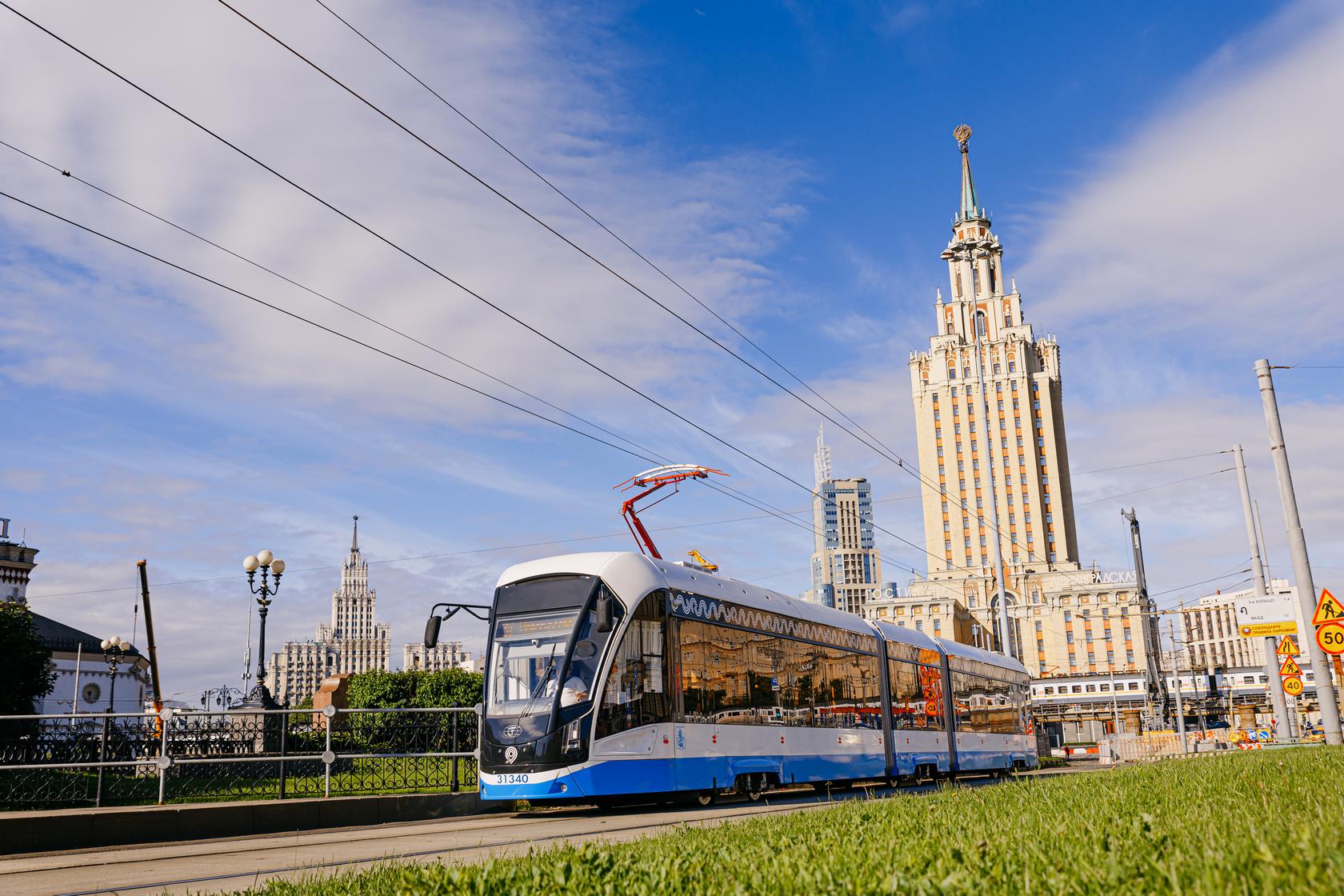