The Russian developer and manufacturer of urban electric transport, PC Transport Systems, is creating a new cab for a line of trams of its own production. In particular, it will be integrated into the Korsar trams for narrow-gauge tracks with a width of one meter, into cars for export deliveries, as well as into the first Vityaz M tram, whose body is made of aluminum. PC Transport Systems will complete the production of a new modular cab in the third quarter of 2020.

The cockpit will have a number of key features. First of all, to the new ergonomic seat with the active driver assistance system (the main controls are placed on the armrest, including the door open / close buttons, sound signal, turn signals), the company's engineers have added a height-adjustable seat belt and adjustable armrests, which makes a workplace the driver is comfortable for people of any physique and complexion. Also, for convenience, the cockpit has provided many pockets and stands for personal items.

In addition, now in the driver's arsenal there is an emergency shutdown button for the car, which allows in an emergency to consistently and correctly turn off the engines, control systems and climate control of the tram in automatic mode.

You no longer need to press special buttons to activate the control panel backlight. It will work automatically as soon as the driver puts a special access card to the reader.

In emergency situations, when the driver is forced to leave the tram, a special sensor that detects the presence of a person in the seat activates emergency braking and prevents the tram from going.

Thanks to the thoughtful arrangement of devices, buttons and sensors, much less time will be spent on their maintenance - you will not need to disassemble the entire control panel, limiting yourself to a point replacement of the necessary part. The heat dissipating aluminum construction of the control desk monitors does not require forced cooling.

“The new cab will provide additional comfort for the driver and guarantee the safety of tram traffic,” comments Feliks Vinokur, President of PC Transport Systems. - We plan to install the new cab on trams that will be operated both in Russia and abroad. Due to the fact that the interior and the cabin of the tram are made separately, and combined during assembly, no additional body changes will have to be made. This modular principle allows for various modifications of trams, depending on the order. "

The cockpit interior, like the dashboard, is made of durable and easily replaceable materials. They retain their strength and color over time. In addition, the plastic used in the production of the components of the cabin is absolutely fireproof. 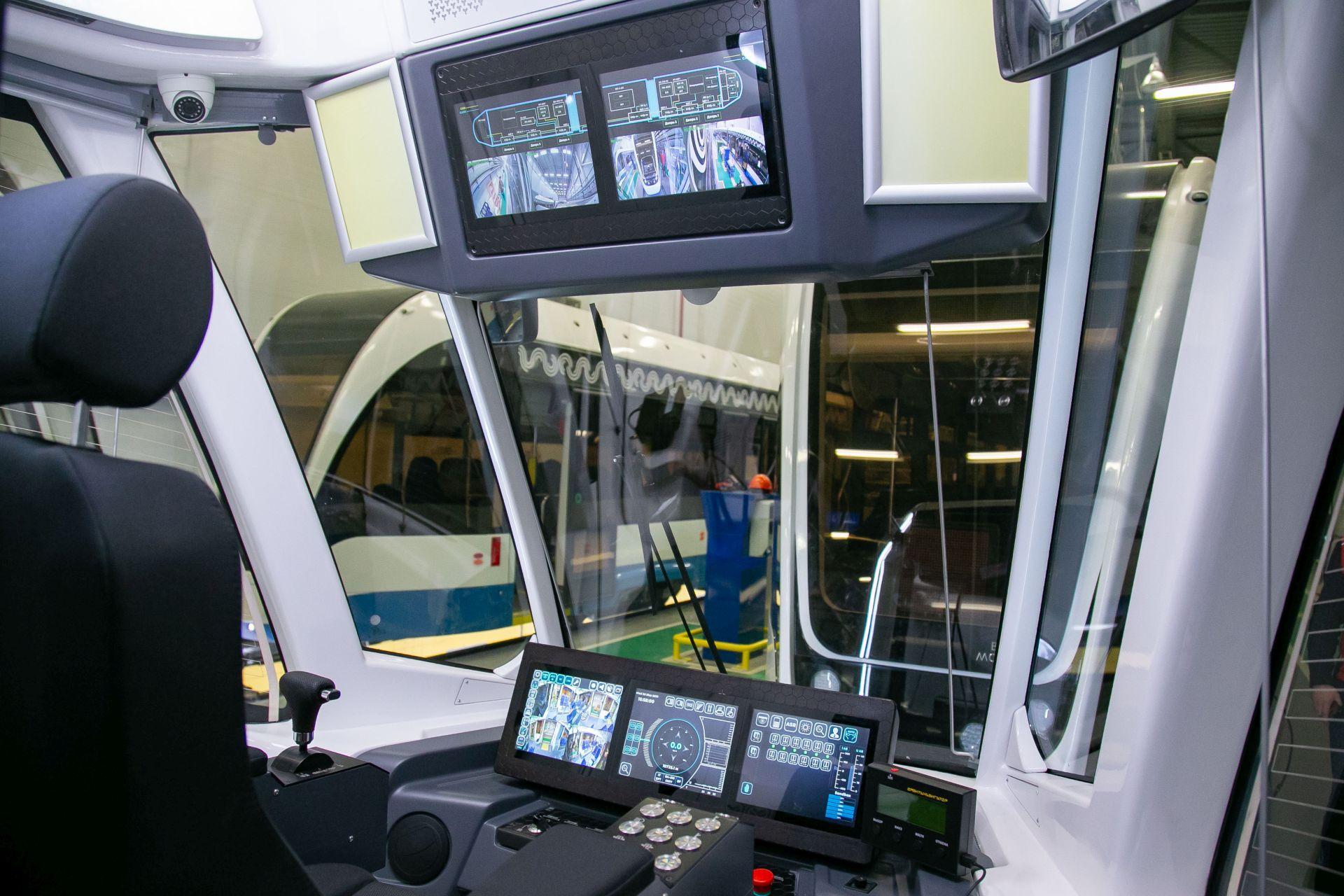