On September 9, 2020, the results of the auction for the production and supply of 114 trams for Moscow were announced. The victory was won by the leading Russian developer and manufacturer of urban electric transport PC Transport Systems (PC TS).

As part of the new contract, the company will supply to SUE Mosgortrans 74 three-section tram 71-931M Vityaz-Moscow and 40 one-section trams 71-911EM Lion. Term of order execution: from January 1, 2021 to June 30, 2022. In addition, the contract provides for the provision of maintenance services for the supplied rolling stock for 30 years.

“Moscow adheres to a clear plan to renew the rolling stock of passenger transport, including the tram fleet,” comments Feliks Vinokur, President of PC Transport Systems. - In October, we plan to complete the delivery of 390 fully low-floor three-section trams Vityaz-Moscow, which have already become a new symbol of the Russian capital. Thanks to the modern bright design, ergonomic interior, high level of comfort, Vityaz-Moscow trams have won the hearts of millions of Muscovites and guests of the capital. I am sure that the single-section trams "Lion", which are already running along the streets of Ulan-Ude, Perm and Ulyanovsk, will not leave anyone indifferent in Moscow. We create a high-quality product, and the service under the contract allows us to quickly receive feedback from passengers and drivers and improve our models, making them even better. "

As a reminder, in 2016 PC Transport Systems entered into an agreement for the supply of 300 three-section fully low-floor tram cars 71-931M Vityaz-M over the next three years. In the fall of 2019, the company fully completed the contract in 2 years, 6 months and 6 days. For the largest number of three-section trams delivered under one contract to one city, the achievement "PC Transport Systems" is entered in the Russian Book of Records and the European Book of Records. In autumn 2019, the company received an additional order for the supply of another 90 Vityaz-M trams for Moscow, 75 of which have already been delivered to the customer.

At the beginning of September 2020, PC Transport Systems produced the 500th tram. The jubilee vehicle was the three-section fully low-floor tram Vityaz-Moscow, produced as part of an order for the capital of Russia. The company has become the only one who has created such a number of tram cars over the past five years in Russia. Moreover, all 500 trams are completely low-floor (95% of Russian cars of this type were produced by PC TS). It is noteworthy that it was the three-section trams that took the key share in production: 418 cars out of 500 (83.6% of the total volume). Since the start of the serial production of its own trams in 2015, PC Transport Systems has occupied more than 60% of the Russian tram market. Trams produced by PC Transport Systems have been delivered to ten cities: Moscow, St. Petersburg, Krasnodar, Rostov-on-Don, Tver, Perm, Ulan-Ude, Kazan, Ulyanovsk, Daugavpils (Latvia). 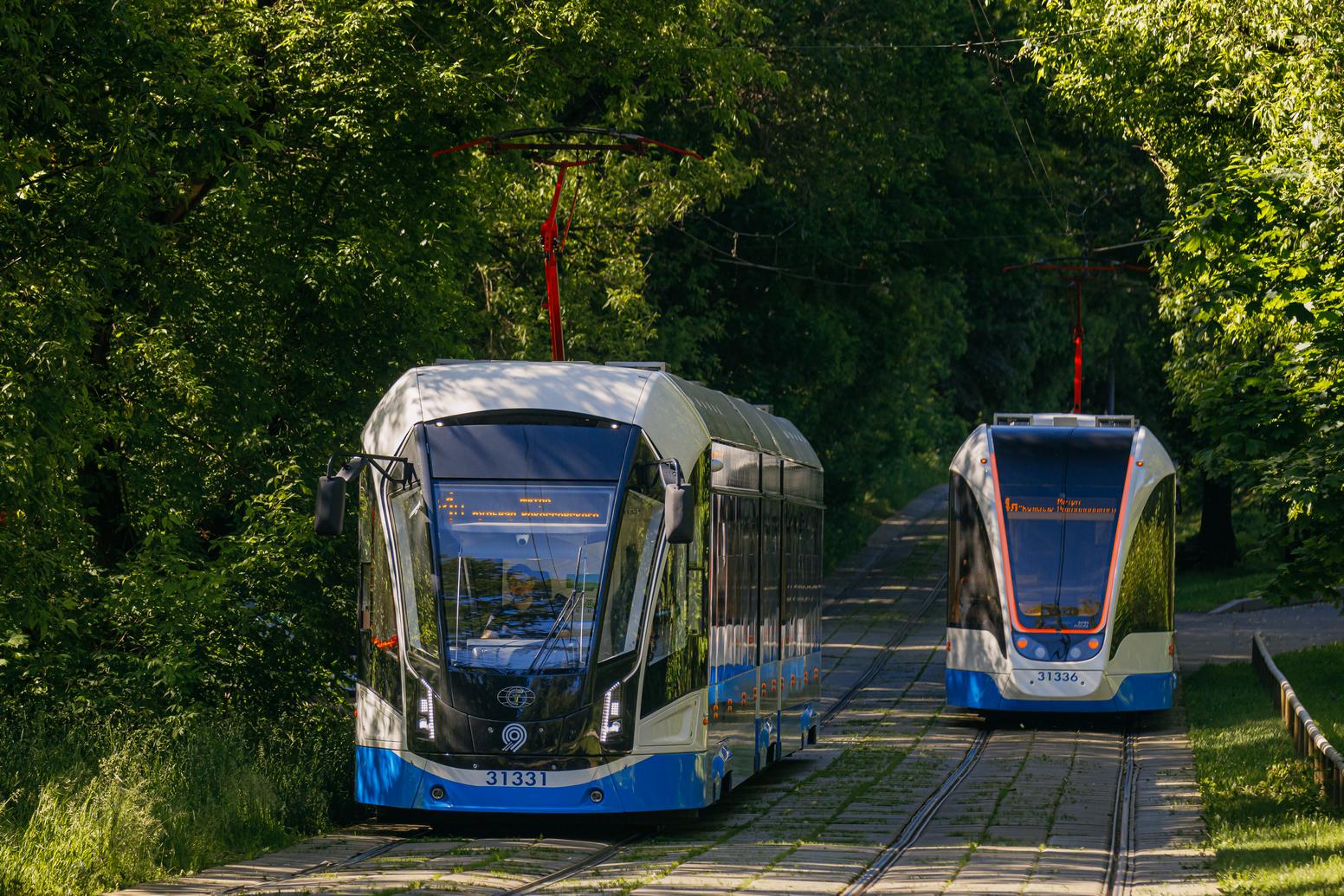