During the tests, the condition of the traction battery jointly produced by PK TS and PK "Energy Systems" was checked. This is a qualitatively new domestic layout solution in the field of lithium-ion batteries. The weight of the battery modules is 100 kg less than their foreign counterparts, while the developed technology has made it possible to increase the autonomous running of the Admiral trolleybus with a maximum load of up to 20 kilometers without connecting to the overhead network.

The tests took place in Engels and Saratov in the daytime and at night since November 2020. Without switching on the climatic systems, the Admiral trolleybus traveled 20 kilometers autonomously with maximum load, and during frosts, with the inclusion of electric heating, 15 kilometers on a snow-covered road without fully using the battery reserve. At the same time, the space in the cabin has not changed - the batteries are installed on the roof. Due to the increase in weight and due to the current legislative requirements, it was necessary to temporarily reduce the passenger capacity, but with the constant improvement of technology in the near future this will not have to be done. According to the test results, the batteries received high marks, and now serial production is being prepared for installation on trolleybuses in the framework of future orders.

In total, the Admiral trolleybus traveled 600 kilometers autonomously (in electric bus mode). In addition to storage batteries, a traction power circuit was tested to reduce electricity consumption and optimize traction and acceleration processes. The developers of PK TS aim to achieve more than 20 kilometers of autonomous running with maximum load and the inclusion of climatic equipment. At the same time, PK Transport Systems uses only environmentally friendly electric heating systems in trolleybuses, in contrast to the diesel heaters used today in most Russian electric buses.

“The car has passed a full cycle of tests in urban conditions, while intercity communication was involved,” comments Feliks Vinokur, President of PK Transport Systems. - We disconnected from the contact network in Engels, crossed the bridge over the Volga and drove autonomously to the railway station in Saratov. Many cities are interested in such a solution. Thus, it is possible to build an efficient inter-municipal transport connection or solve the problem of transport accessibility of remote areas within urban agglomerations without the presence of contact networks. At the same time, there is no need to lay additional electric lines to power the trolleybus or build charging stations and purchase electric buses. "Admiral" with increased autonomous travel is charged while driving with connection to a contact network, which makes it an effective and affordable solution to transport issues for a number of large Russian cities. Such electric transport is becoming attractive for a commercial carrier as well, since such trolleybuses do not need infrastructure in the park or depot." 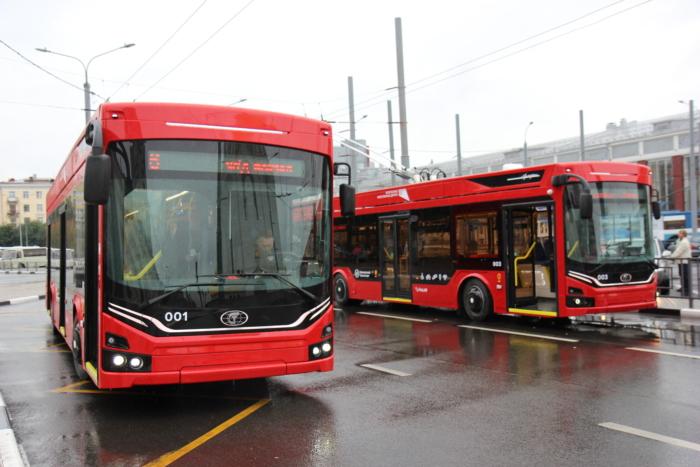