The Russian developer and manufacturer of modern urban electric transport PK Transport Systems (PK TS) decided to supply St. Petersburg with two three-section 100% low-floor innovative trams 71-931M Vityaz-Leningrad, whose bodies are made of aluminum, instead of the standard Vityaz-M models.

This was stated by the president of PK Transport Systems Feliks Vinokur during an organized press tour at the Nevsky Electric Transport Plant named after F.L. Pirotsky, where the presentation of new trams for St. Petersburg took place.

As a reminder, PK Transport Systems will supply 13 trams to St. Petersburg by March 2021 within the framework of the contract signed in November 2020: 11 two-section carriages 71-923M Bogatyr M and two three-section models 71-931M Vityaz-Leningrad.

"St. Petersburg is a special city for our company, because it was here that our Nevsky Electric Transport Plant appeared, which made a significant contribution to the revival of the glorious traditions of St. Petersburg tram construction," comments Feliks Vinokur, President of PK Transport Systems. - It was in St. Petersburg that a number of the first models of our products appeared: in 2015, the first Vityaz trams arrived here, in 2017 - Bogatyr and Vityaz M trams, in 2020 - Admiral trolleybuses. This year St. Petersburg will become the first city to receive modified Bogatyr M trams. We are pleased that the city authorities choose only the most modern and advanced equipment when renewing the rolling stock of public transport and trust our products. We decided to reciprocate and supply the city with a unique product that no one in Russia makes. Vityaz-Leningrad is today the safest, most durable and comfortable domestic tram. This is a new step in the history of the domestic tram industry, and St. Petersburg will now become a part of this significant event."

The innovative model Vityaz-Leningrad is based on the tram Vityaz M, which is well known to the residents of Moscow and St. Petersburg, and is its improved modification. Due to the modernization of the tram bogie, the movement of the car will become even smoother and more quiet. The exterior design and ergonomics of the cabin have also undergone restyling: LED lighting lines, more modern climate control system, media system for broadcasting route information, as well as USB connectors for recharging mobile gadgets and access to a new type of Wi-Fi. The car will also be equipped with modern control systems, video surveillance, GLONASS/GPS position sensors, comfortable stainless steel seats and wide doors with a memory function. Number of seats: 70. Total passenger capacity: 185 people.

The aluminum body is 20% lighter than the steel one, which reduces the load on the rails, and thus increases the service life of the tracks. Aluminum does not lose its flexibility and retains its shape for a long time, unlike steel, which wears out faster and can change shape under the influence of natural and physical factors. Aluminum alloys are highly resistant to corrosion, which makes it possible to almost double its service life (more than 30 years) and reduce repair and maintenance costs: during operation, it is not necessary to change tram body units due to the increased fatigue resistance of welded seams.

At the initiative of PK Transport Systems, a passive safety system was installed in trams - an emergency crash system of our own design, which is designed to reduce the risk of injury to passengers and other road users, as well as to protect the main parts of the car structure in the event of an emergency collision. Installed energy-absorbing body elements and hydrodynamic crash elements on the front and rear bumpers of the tram will absorb kinetic energy. In Russia, this technology is not yet used on tram bodies.

The Vityaz-Leningrad tram got its name as a sign of respect for the glorious traditions of St. Petersburg tram construction. For a long time this city was the tram capital of the world with the largest tram system, which was included in the Guinness Book of Records. It was here that the first inventor of the tram, Fedor Pirotsky, lived and worked, after whom the Nevsky Electric Transport Plant, which is part of the PK TS, was named in his honor in September 2020.

Over the past five years, PK Transport Systems has delivered 45 trams to St. Petersburg: ten models 71-931 "Vityaz", three models 71-923 "Bogatyr" and thirty-two models 71-931M "Vityaz-M". In addition, the company delivered 87 Admiral trolleybuses to the city on the Neva, the final assembly line of which was opened at the Nevsky Electric Transport Plant named after F.A. Pirotsky in September 2020. 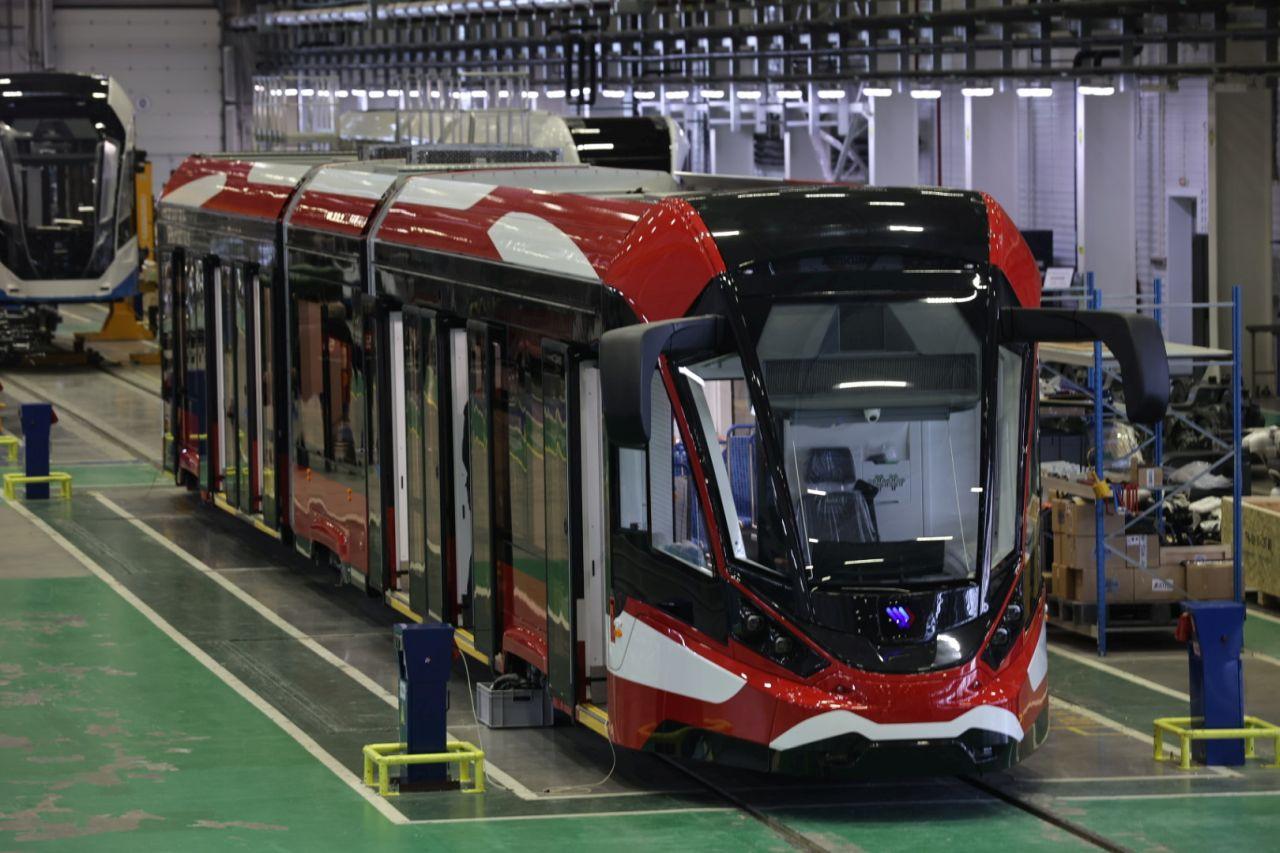 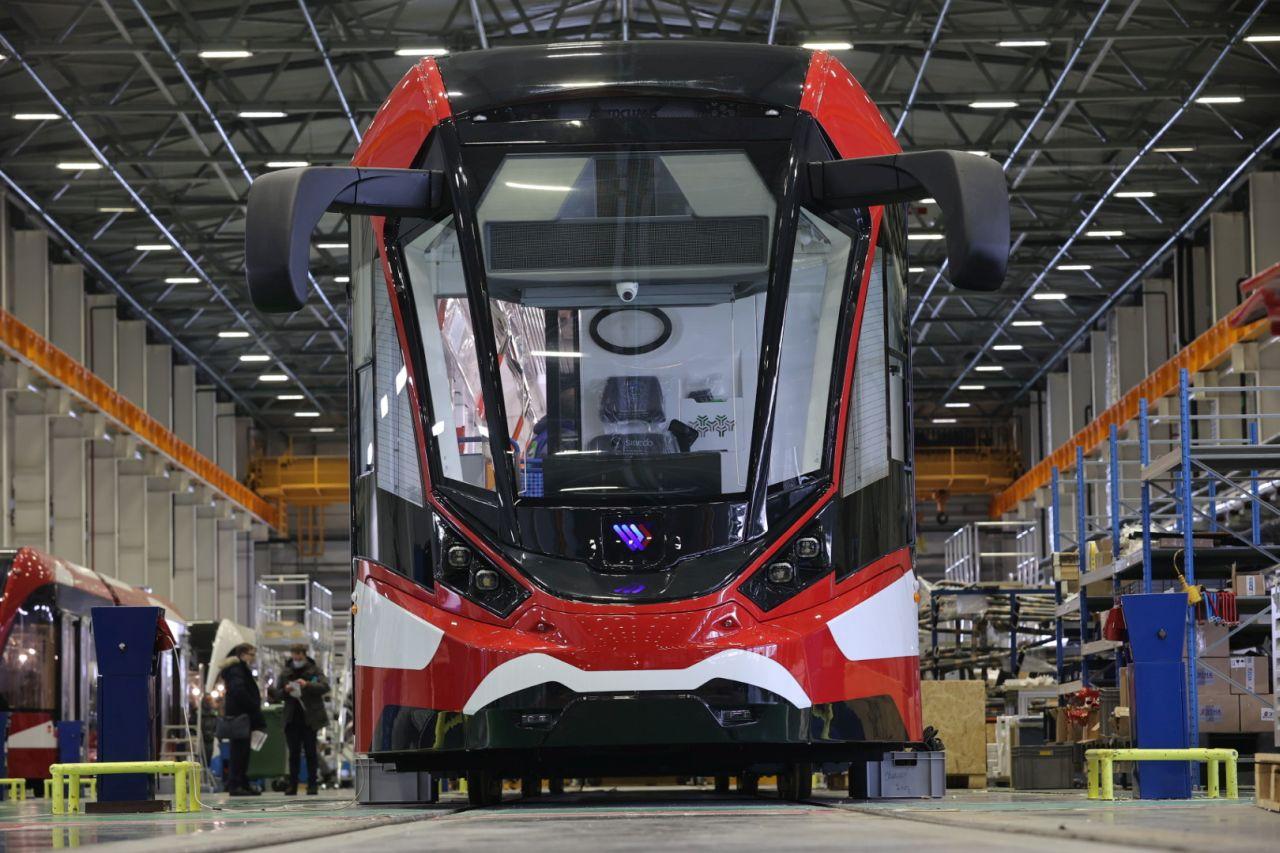 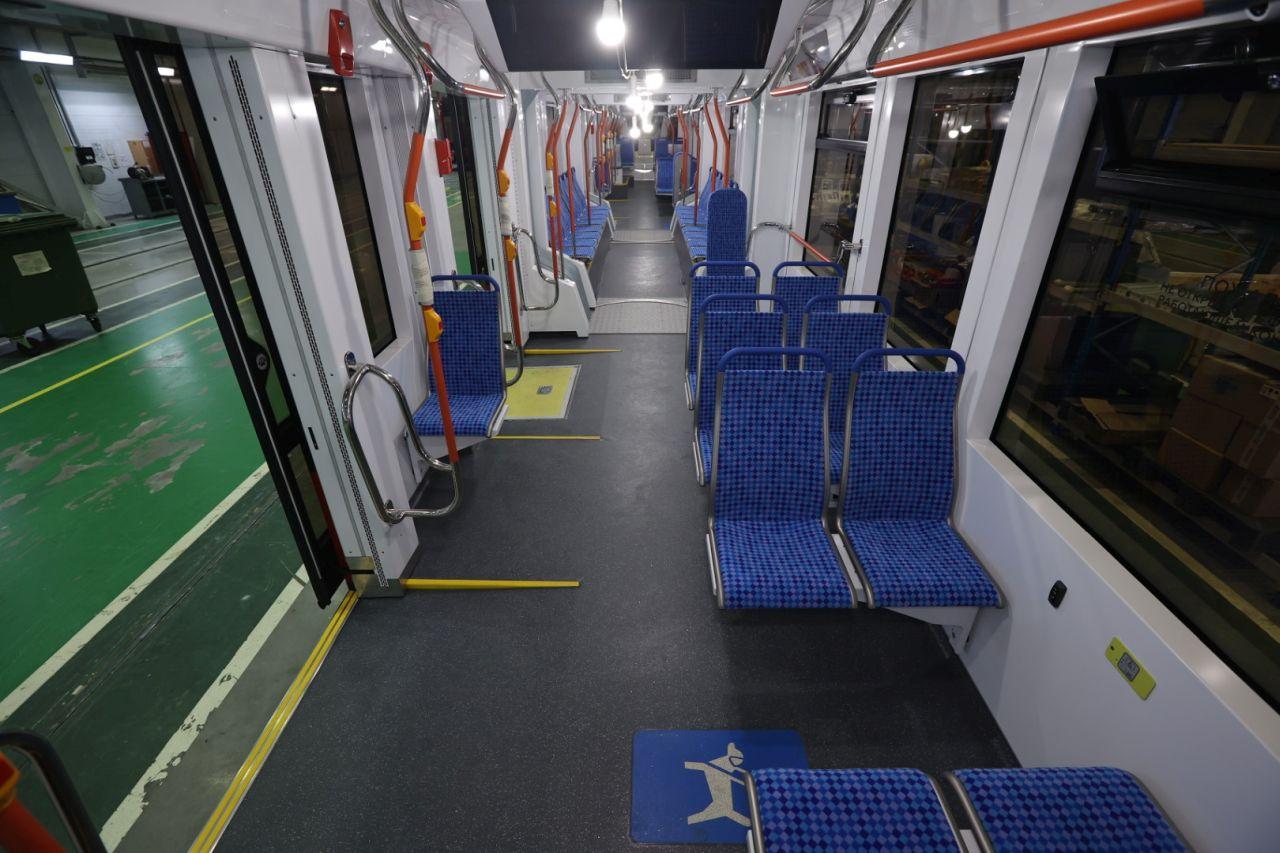 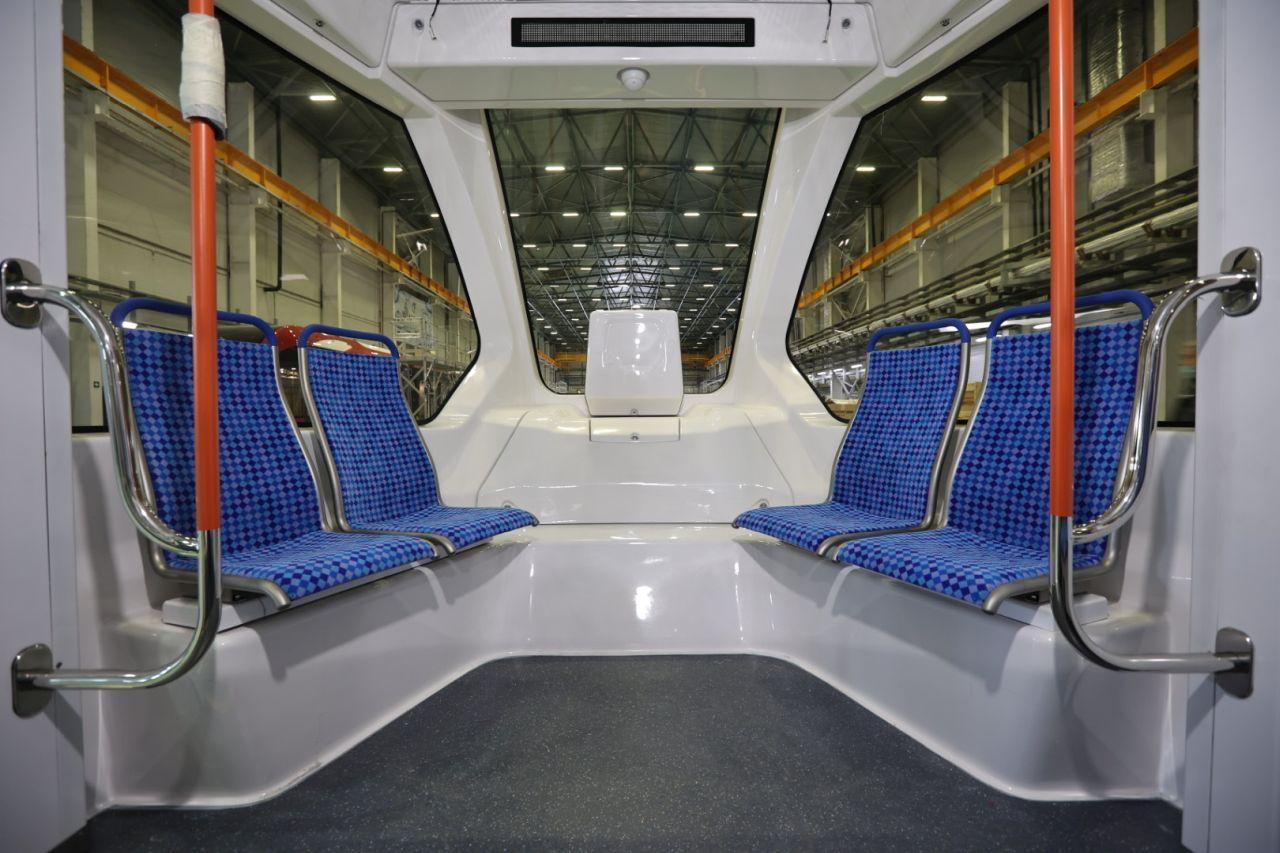 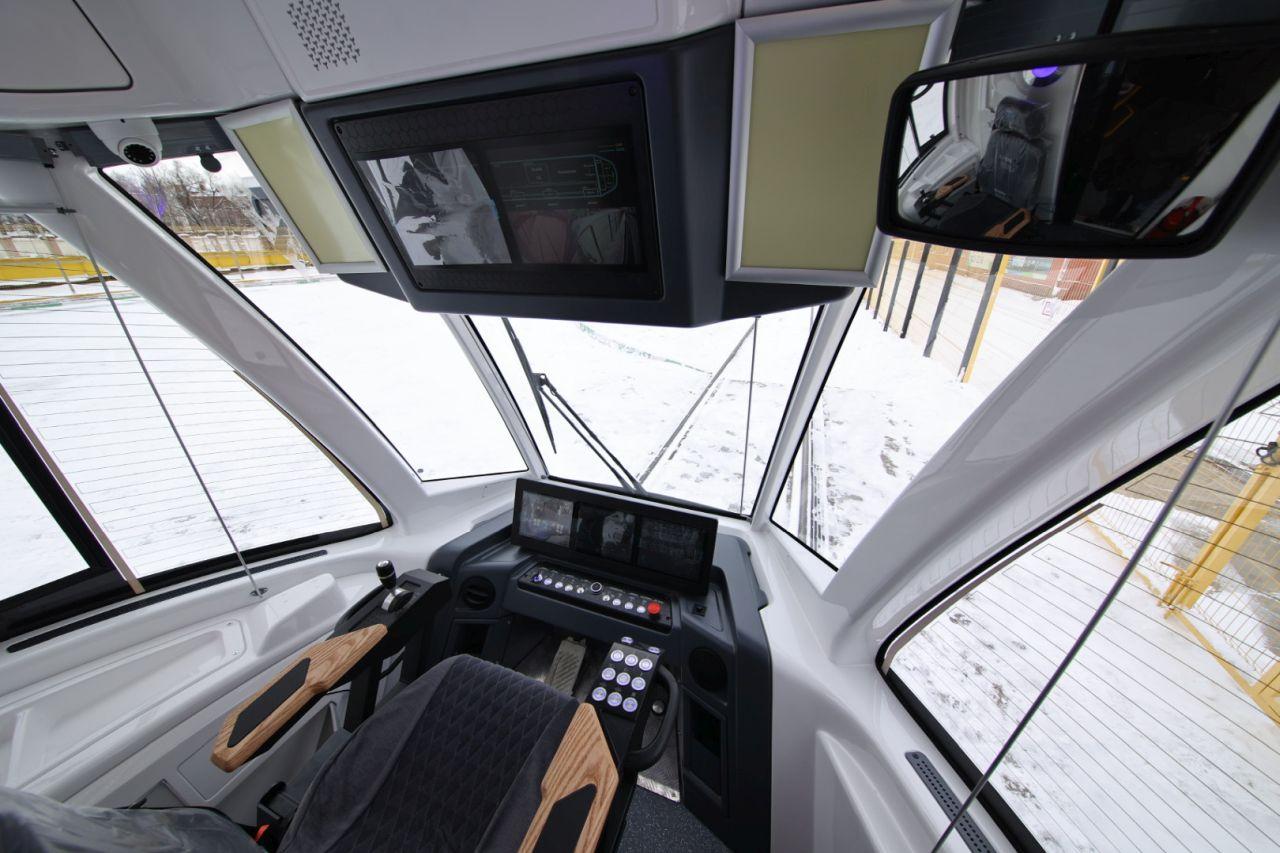 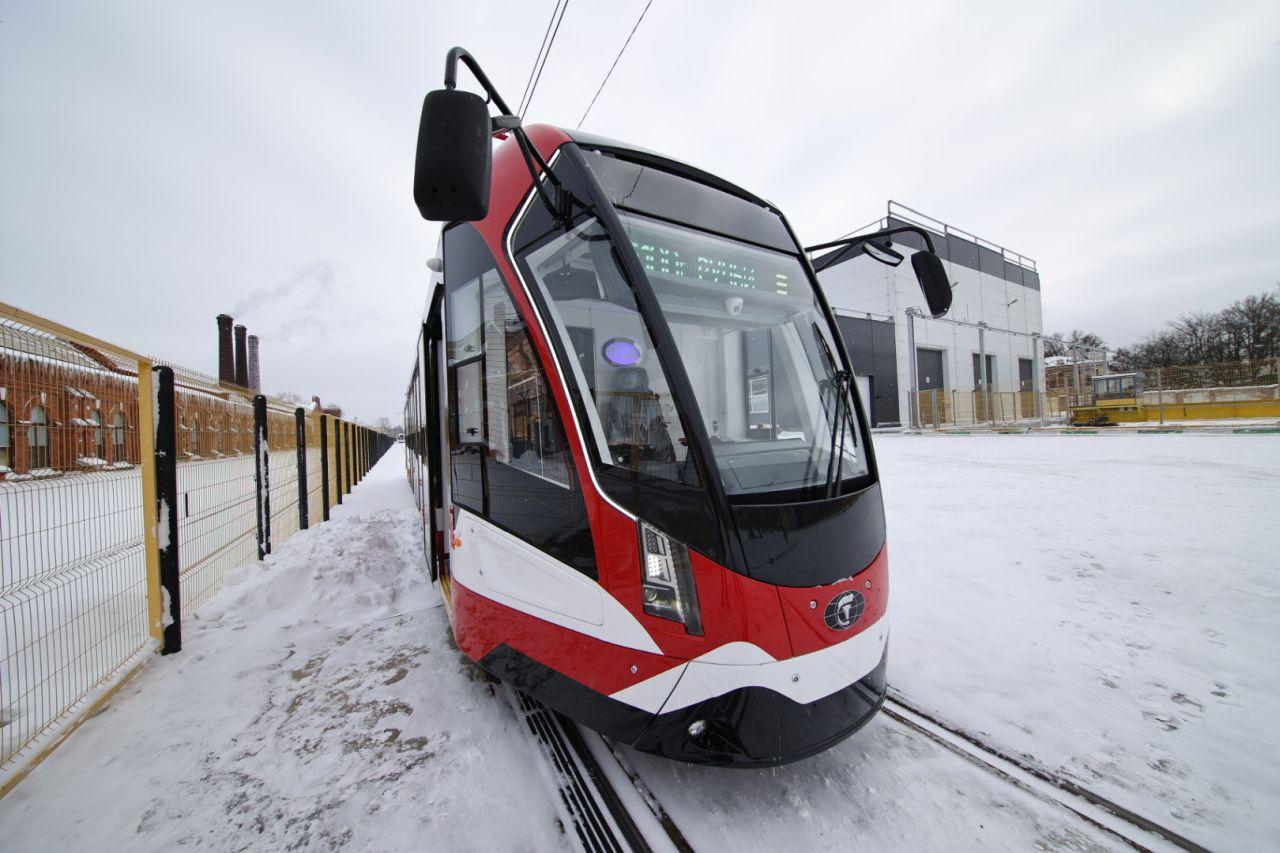