On December 28, in Kaliningrad, at the Southern Railway Station, the presentation of the only 100% low-floor two-section tram Corsair in Russia took place, designed for narrow gauge (one meter wide) tracks. The Governor of the Kaliningrad Region Anton Alikhanov attended the event; he personally launched the new tram into trial operation on the line of the regional capital.

“Kaliningrad has the most ancient tram system in Russia, this year it turned 125 years old, and it can rightfully be attributed to the city's attractions and objects for millions of tourists. That is why it is especially pleasant that Kaliningrad became the first city where our innovative Corsair tram will undergo test operation. Today in Russia, tram traffic is reviving; all city leaders come to the understanding that rail passenger transport can be efficient, high quality and safe. We are confident that the regional and city authorities, the operating organization and the residents of Kaliningrad themselves will appreciate our unique Corsair tram and will be satisfied with its performance,” commented Andrey Yukhnenko, the Commercial Director of PK Transport Systems.

Test operation of the Corsair will take place until the end of January 2021. Today, there is one tram route in Kaliningrad, but in the coming years the city authorities plan to revive tram route No. 3 from the South Station to the Central Park.

Today there are 12 trams on the line. The city last renewed its rolling stock in 2012 in the amount of one tram unit. Other machines are between 25 and 40 years old. In Russia, the serial production of trams for narrow-gauge tracks with a width of 1000 mm has not been made since 1937. In the 90s, the first attempts were made to develop a narrow-gauge tram bogie, but the absence of a more narrow car body did not solve the problem of updating narrow-gauge rolling stock in a number of cities in the country.

Corsair is a unique product on the Russian market. Trams for narrow-gauge tracks one meter wide with a 100% low floor level, passive safety system and the use of aluminum in the interior in Russia are produced only by PK Transport Systems. In addition to Kaliningrad, this vehicle is suitable for such Russian cities as Pyatigorsk and Evpatoria, as well as for European cities with appropriate infrastructure.

The Corsair has 29 seats. The maximum passenger capacity is 177 people. The reserve of the autonomous course is 1000 meters. Its 100% low floor allows speeding up the passenger traffic and makes the car more comfortable and accessible for people with limited mobility. The use of aluminum alloys in the interior design makes the new tram the most fire-safe in its segment, as well as wear-resistant. The passive safety system reduces the risk of injury to passengers and the driver, and also protects the main structures of the car in the event of an emergency collision.

The driver's cab offers maximum visibility and ergonomics. An external video control system for passenger pick-up and drop-off zones and monitoring of the traffic situation is installed here. In addition, the tram has a low specific power consumption for traction, which will reduce the cost of electricity for the operating organization. 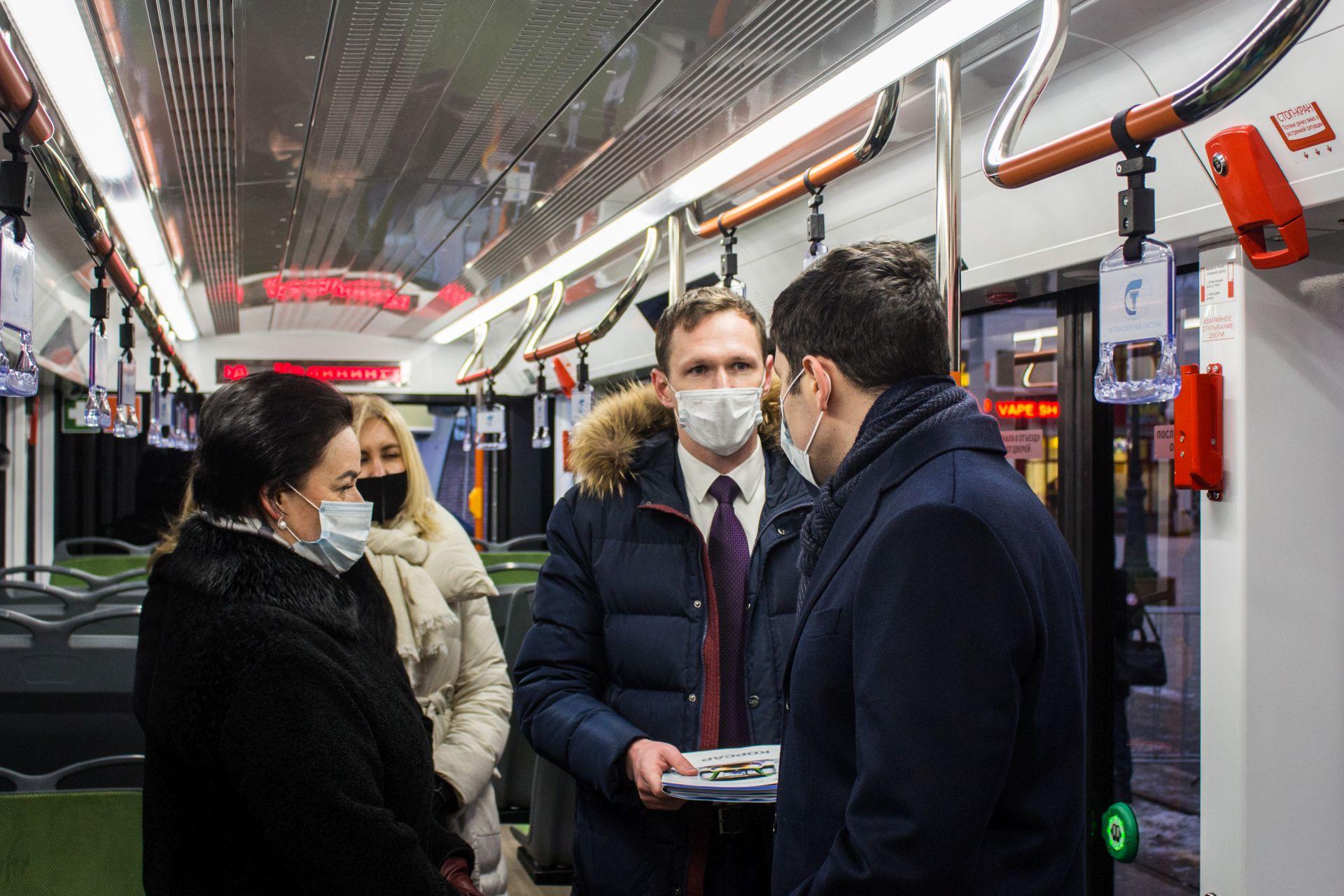 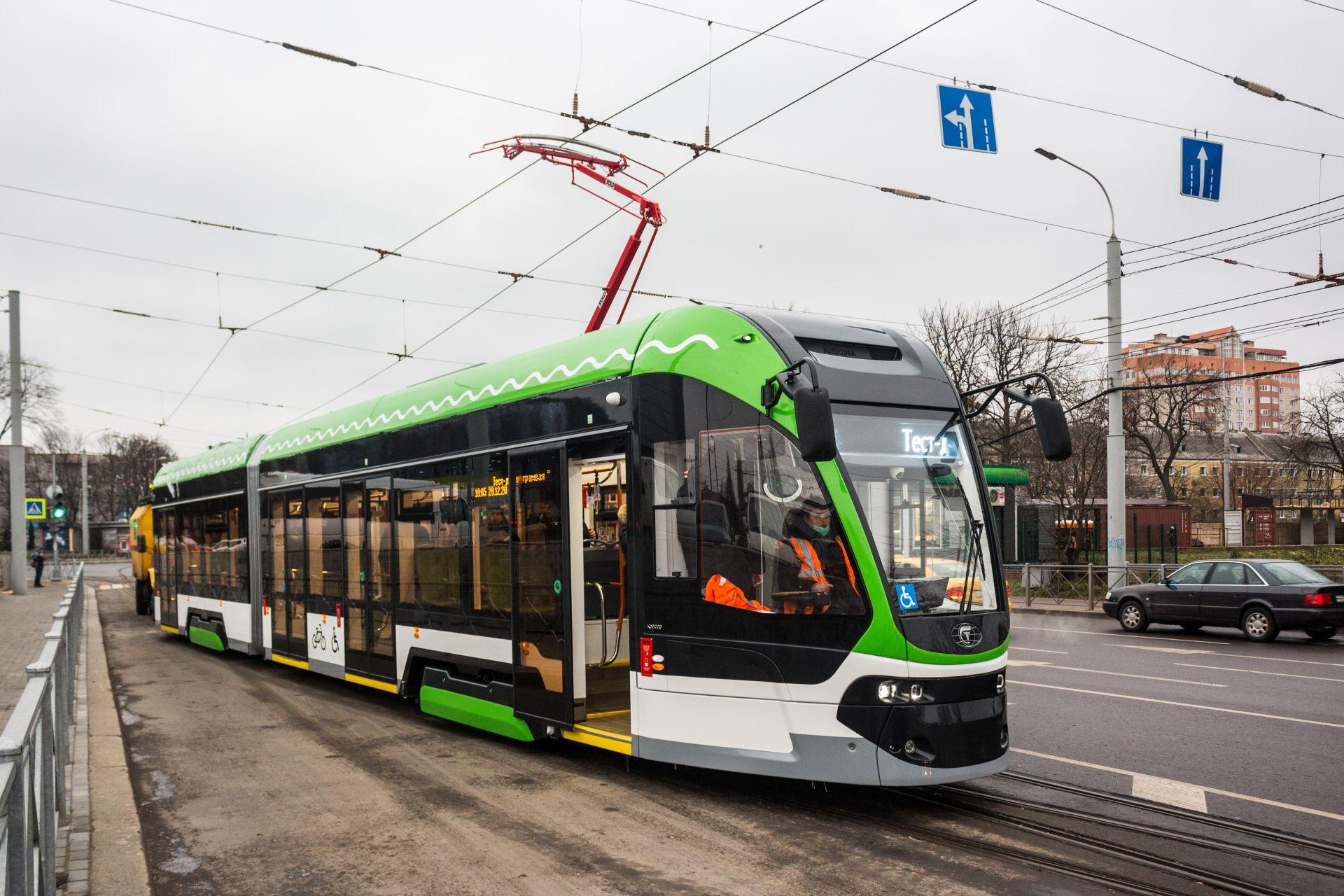 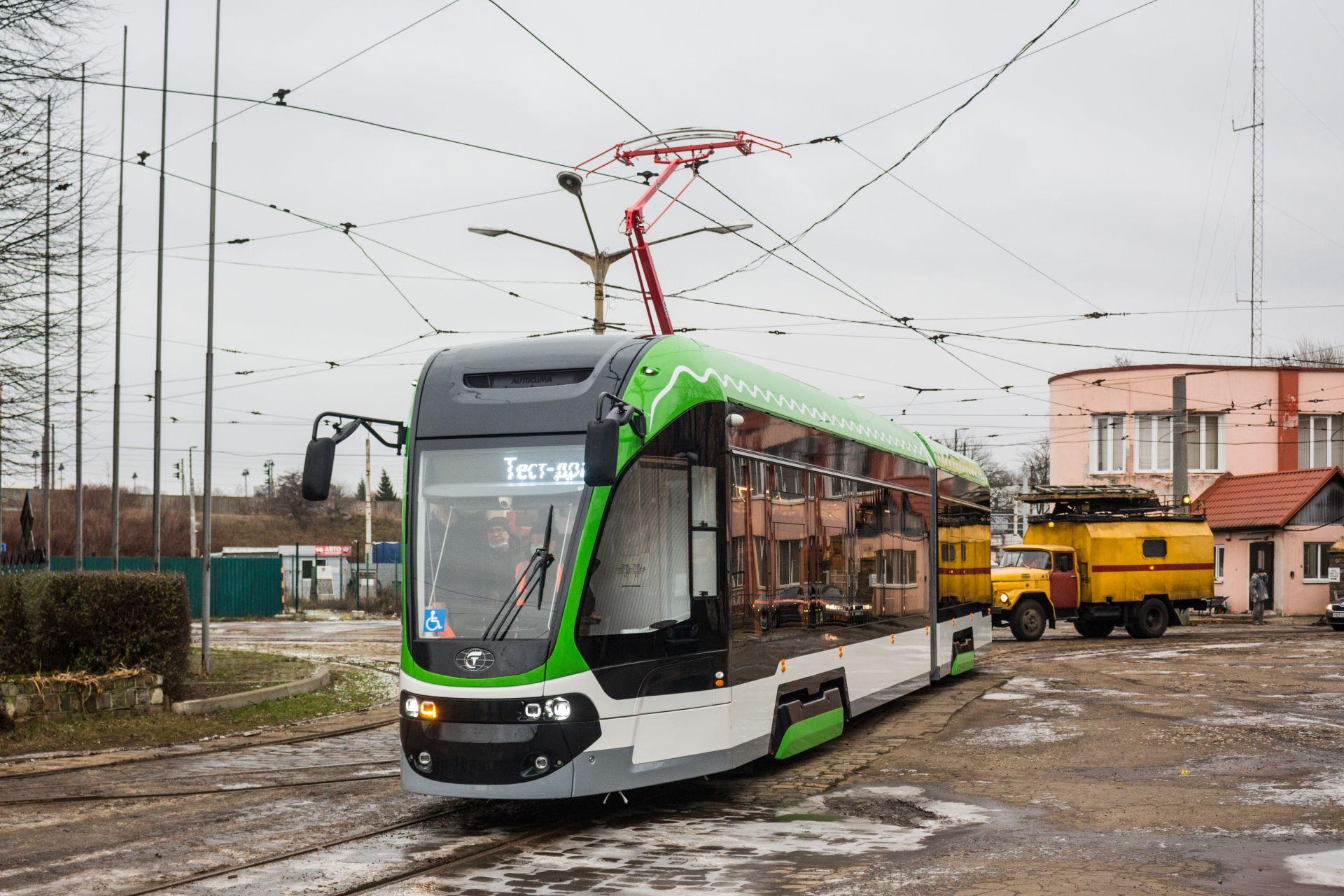