This is the second delivery under the current contract with the State Unitary Enterprise "Gorelektrotrans" of St. Petersburg. The first batch of five Admiral trolleybuses was officially handed over to the customer on May 28, 2020. These trolleybuses are already operating on route No. 13 of the Northern Capital.

The trolleybus "Admiral 6281" belongs to the most modern developments and has no analogues in the domestic market. In its creation, the designers of "PC Transport Systems" used non-combustible composite materials, aluminum alloys were used in the interior arrangement, including, to increase fire safety, installed new multimedia systems and integrated modern climate control systems that operate in automatic mode. 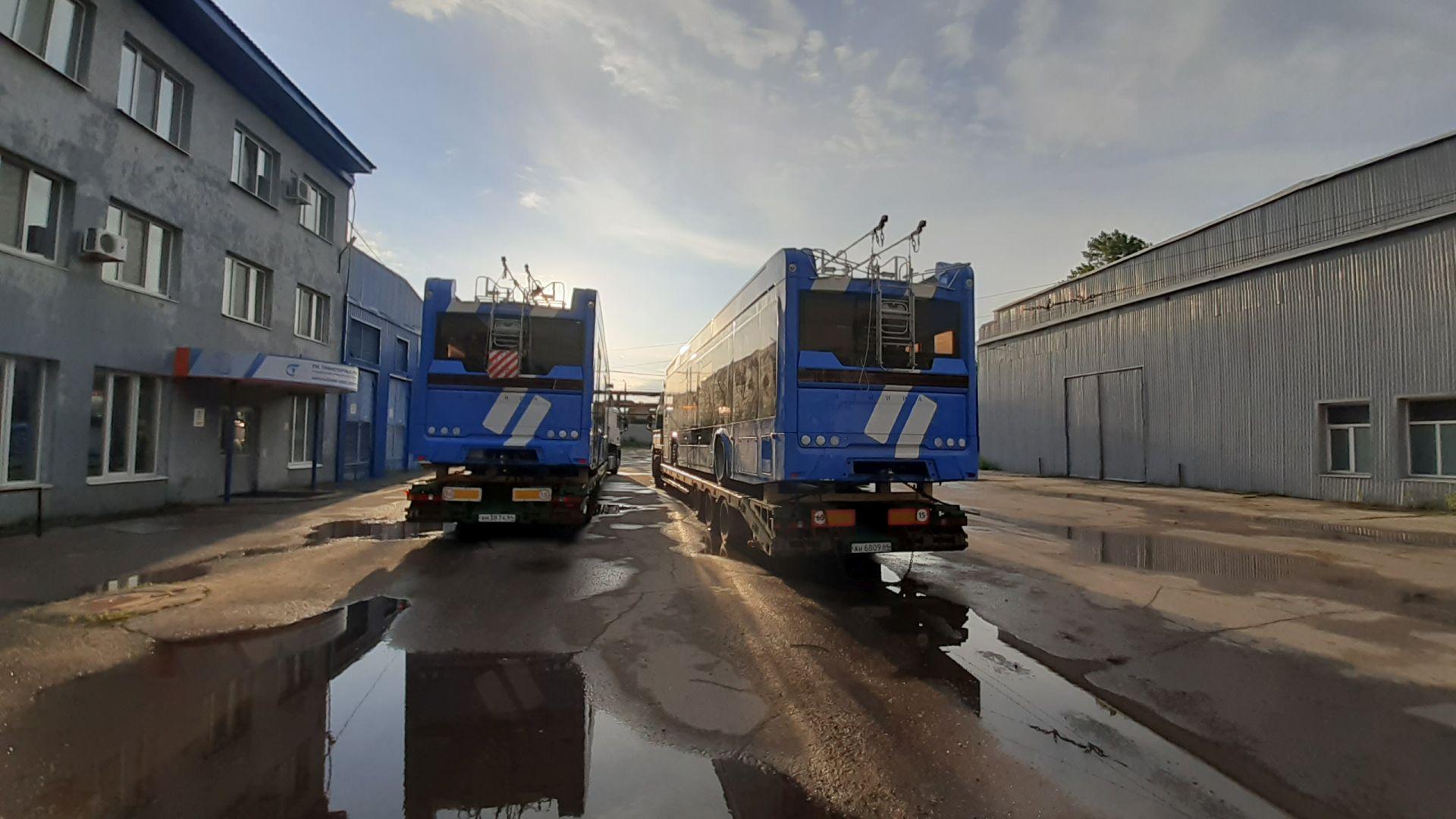 "Admiral 6281" is an updated 100% low-floor trolleybus, created taking into account the requirements of operation in modern cities: there are three wide doorways, spacious storage areas, modern design, and an ergonomic light interior. The Admiral 6281 trolleybus uses the best PC Transport Systems developments used in tram production: visibility, ergonomics, video control of passengers getting on and off, monitoring the traffic situation - everything that ensures maximum comfort and safety of passengers. Also, the trolleybus provides climate control and equipment for passengers with disabilities. In addition, the model is distinguished by the presence of an emergency autonomous running. The total passenger capacity is 96 people with 33 seats. The share of domestic components in the new model is 80%. The maximum design speed is 70 km / h. The first presentation of the innovative new generation trolleybus "Admiral 6281" took place on February 20, 2020 at the Engels Electric Transport Plant.

The Engels Electric Transport Plant is the third production site of PC Transport Systems, which was put into operation in September 2019. On December 19, 2019, the enterprise received a certificate of the quality management system according to the international standard ISO 9001, which certifies the environmental management system in relation to the design, production, supply, and after-sales service of products: tram cars, trolleybuses, electric buses. Number of employees: 230 people.